I'm not gay. Thanks for not asking

Yahoo! is all gay, all the time. It's like the Rock Hudson of portals.

If you don't believe me, hit up Yahoo!'s People of the Web section. This is where straight folk go to be emasculated.

POTW relies on a tanned and muscular reporter named Kevin Sites. Think a deflated but equally virile version of Fabio.

Yahoo! used to have a sweaty, glistening Sites run around the Middle East for video and print stories on how crappy that part of the world is. Now, however, it has forced Captain Machismo to interview so-called web celebrities.

One such celebrity is Kirk Cameron, the star of Growing Pains - a US sitcom that humiliated our children during the Reagan and Bush years. As it turns out, Cameron has turned to religion in a big way and hopes that converting people to Christianity will make amends for his horrendous acting.

You can be damn sure that Big Gay Al would welcome Cameron with open arms. During the POW report, you'll see Cameron paying off shirtless Latinos - cough, gang bangers - just to talk to him. It's sad to witness his degradation, and I'm quite sure he drops down even farther in the off camera action.

Sites has also done a profile on John Styn for Yahoo!. This "piece" is hilarious because it centers on Styn's Hug Nation video show where he leads virtual hugs. It's peace, love and all that.

Of course, if your child ends up being curious about this character and types, say, "John Styn" into the Yahoo! search bar, he'll find a photo of a very stange creature (below).

Styn runs a bunch of pornlicious web sites such as cockybastard.com, globalgasm, and lustmonkey, although Yahoo! fails to really mention this.

All Yahoo! says is that "(Styn) started a Web site, cockybastard.com (it won a 2000 Webby award for best Web site), in which he posted 'beefcake photos of himself,' sharing personal details and inviting readers to respond. 'I did what I would call a digital striptease,' disclosing his insecurities about skin or sexual problems, John says." 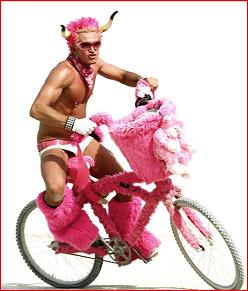 Yahoo! forgot to mention this

So, let's have a look at what Styn actually discusses on the site.

Yesterday I did something I’ve never done before.

Thanks for that, Yahoo!. We'll spare you the photo.

Some people call me conservative. Fine.

I just don't think our children, who go to Yahoo! to get movie show times or to check their e-mail, need to find a pube dyer like Styn being celebrated.

Climate apocalypse, you say? Meh, at least we have truffles

Upgraded its systems after attack in early '18, just enough to detect attack in late '18

'That button is there on the app' says minister. How many times have you heard a client make wild claims about functionality?

Just in time for the second wave and new movement restrictions