Dell has revamped its Inspiron laptop line with a set of three models all available in a choice of eight "vibrant" colours and with a pick of Intel or AMD processors. 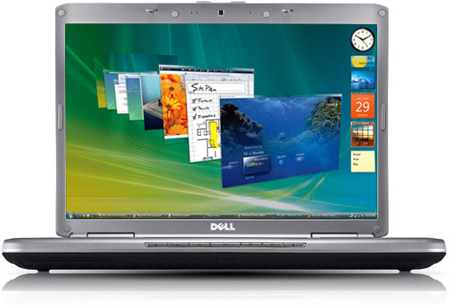 The Intel-based machines incorporate GMA X3100 integrated graphics, while the AMD models use an ATI Radeon Xpress 1270 integrated GPU. All of them come with Dell's own 802.11a/b/g Wi-Fi module and a two-megapixel webcam.

You can choose either a CD-RW/DVD-ROM drive or a multi-format DVD burner among the standard specs, but a Blu-ray unit is available as a build-to-order extra. The machines come equipped with ExpressCard 54 slots and eight-in-one memory card readers.

While the new Inspirons aren't going to challenge an Apple MacBook or a Sony Vaio on looks, the coloured lids - black, red, pink, khaki, white, yellow, brown and blue - are cute and the larger machines have media playback keys on the below the lid latch. The 17in model also boast a numeric keypad.

The only thing missing from the new line-up is the much-rumoured 13in model, presumably dropped in favour of the 14.1in machine.