Where can China's I-Fighting Industrial have got the idea for its FT4021 MP4 player from? The cheeky company has packed in almost all the Apple iPhone's features minus the wireless connectivity, though unlike its inspiration, the FT4021 has a memory card slot. 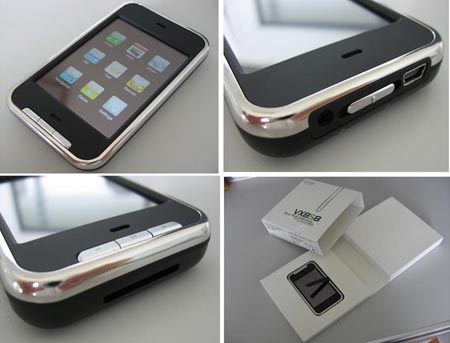 What else, apart from those iPhone-alike looks? A 2.2in touchscreen, an FM radio, a voice recoding facility, the aforementioned Mini SD card slot, and 3D sound enhancement, whether you listen through one of the two earphone sockets or the integrated eight-ohm "hi-fi" speaker.

In addition to AVI-encapsulated MP4 videos, the FT4021 plays MP3, WMA and WAV audio files, and will show JPEG photos. It's an e-book reader too. 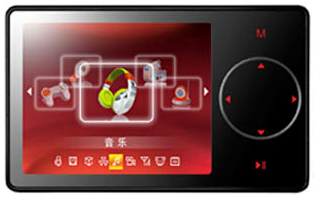 Now, you may not be all that keen on the iPhone, in which case I-Fighting has another MP4 player that emulates the look of LG's Chocolate phones. Another looks remarkably like Apple's iPod Nano. 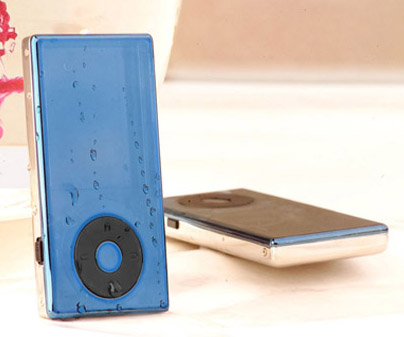 Indeed, a look at the iFighting website shows a fair few of its MP3 and MP4 player products must look so much like Apple Shuffles and Nanos, Sony Walkmen and SanDisk Sansas that the company can't even be bothered to use pics of its own devices and has simply grabbed product shots of the original manufacturers' websites.

There are so many, we tempted to wonder if all this was a joke. The i-fighting.com domain name was registered in Hong Kong on 13 April 2007, but that's nothing to go on one way or the other. In any case, since i-Fighting only appears to sell to companies buying in bulk, it'll be interesting to see when or if any of these come to market. And get away with it...