Intel, Microsoft and Japanese online payments company Bit Wallet have teamed up to develop a mobile PC platform designed to bring computing to those traditionally considered to be unfamiliar with shopping online, browsing the web or sitting at a desktop PC. Like housewives, apparently. 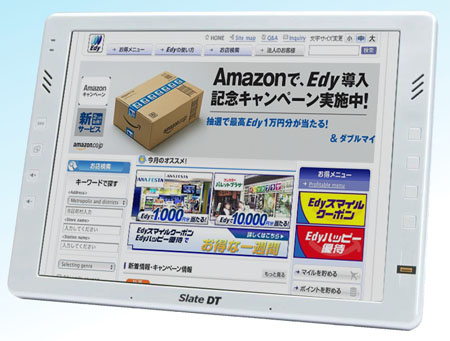 According to Intel, devices based on the so-called 'Edy Personal Computer' platform will have a touch-sensitive or stylus operated display that's at least 9in in size. 1GB of memory is considered the bare minium - well, it does run Windows Vista - and it should have several USB 2.0 ports, a built-in webcam and a microphone. The unit should weigh no more than 1.5kg.

In any such device, connectivity will be a key feature, and Intel's outline for the platform calls for both Ethernet and Wi-Fi. It also mandates a solid-state disk drive - probably to guard against data loss should the device fall off the kitchen table.

There's no mouse or keyboard, to make it more friendly for folk unused to such input devices, and Intel, Microsoft and Edy said they want to see apps with simple, button-based interfaces to come to the platform the better to appeal to people with little or no PC experience.

Intel also wants devices to incorporate an up-front reset button to sallow users to restart their machines should they become lost within an alien world of web-pages and open applications.

It looks likely the first device will be manufactured by local hardware company PBJ, which has already used Intel CPUs in its existing mobile devices, such as the SmartCaddie EX UMPC. 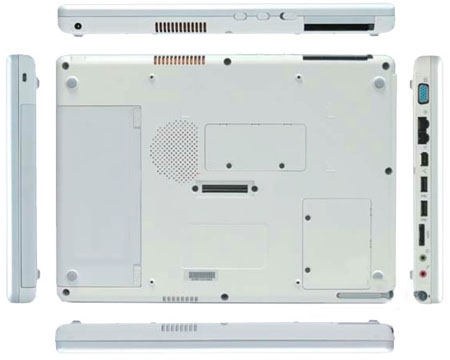 PBJ's offering will use Intel's 1.83GHz Core 2 Duo CPU, which seems a strange choice as Intel recently launched its Ultra Mobile Platform as the foundation for mobile internet access devices.

How well the anticipated non-techie user is going to cope with that little lot remains to be seen. But we'd bet they won't use them, in which case why put them in?

The first devices based on the Intel/Microsoft/Bit Wallet platform are due to appear later this year.