Is your phone free?

The OpenMoko project has debuted what could be the ultimate geek handset: a Linux-based mobile phone, complete with an open-source operating system and application suite.

The Neo 1973 handset, which starts at $300, has been under development for the last six months. OpenMoko encourages developers to get their hands dirty by supplying a complete software development kit along with the phone. The advanced edition even comes with a Torx T6 screwdriver for those whose hacking isn't limited to software.

Manufactured by First International Computer, of Taipei, the Neo 1973 is intended to be a hacker's mobile phone, an open platform that anyone and everyone can programme and play with. The idea is that a multitude of small-scale tweaks and developments will create something with which large companies can't complete, the same way that Linux has proved successful. 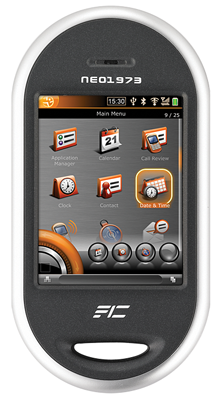 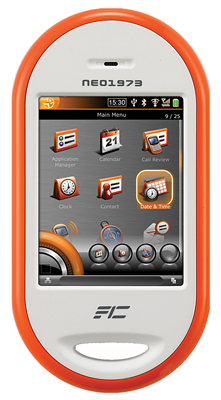 OpenMoko's Neo 1973: in black and orange

Some are calling the Neo an anti-iPhone - a reference to the fact that Apple controls all applications deployed on their phone platform, and tries hard to conceal the hardware from which it's made. It's a comparison that the manufacturers of the Neo don't try to dissuade.

Symbian and Nokia are willing to share their source code to their OS and UI application suite respectively, though reading it is something of a challenge, and there are various consortia looking at taking advantage of Linux on mobiles. But there's a world of difference between allowing someone to look at the source code, and encouraging them to modify it to add their own features or fixes.

This isn't the first of its kind, mind. Linux-for-phones developer Trolltech launched the coder-friendly Greenphone in August 2006 before offering it for sale a month later.

The Neo 1973 isn't intended for mass consumption until the end of the year, but if you want to get your hands dirty then there's a basic starter kit at $300 and an advanced set (with screwdriver) for $450. ®