Accessory specialist Belkin will this month connect consumers with the latest incarnation of its shiny black N1 802.11n Wi-Fi router - a slimline system with a built-in download speedometer.

The product is called the N1 Vision, the download meter is a total gimmick. However, Belkin claimed the screen on which the speedo is displayed is also used as status read-out - the image matches the coloured panel to be found in the existing N1 router - and to present a quick set-up system for novice users. 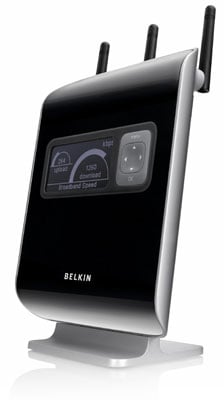 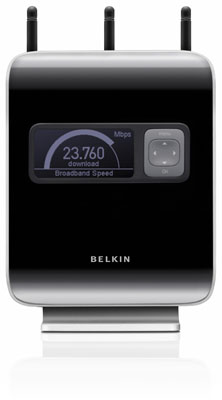 Belkin's N1 Vision: back in black

Belkin didn't say which version of 802.11n the N1 Vision uses, but our guess is that it's a Draft 2.0 device, particular now that industry body the Wi-Fi Alliance has begun interoperability testing using that version of the WLAN spec. 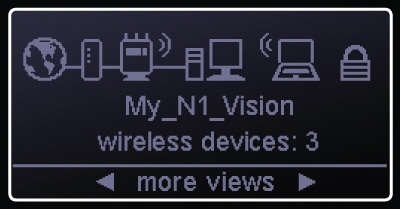 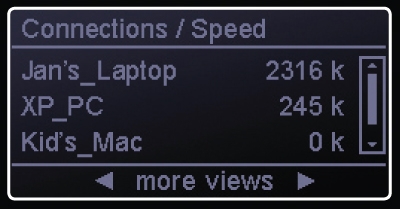 The N1 Vision supports all the usual Wi-Fi security standards and is compatible with older 802.11b and 802.11g kit. But not, we note, 802.11a - so this single-band router won't let to broaden your Wi-Fi coverage into the less crowded, less noisy 5GHz band, unlike Apple's AirPort Extreme Basestation, for example.