Forgotten Tech The ThinkPad is 15 today. Sort of. Launched by IBM and now made by Lenovo, the black-clad laptop family quickly established itself as an icon, in many ways re-establishing Big Blue's reputation as a PC maker after years in the shadow of the clone manufacturers. 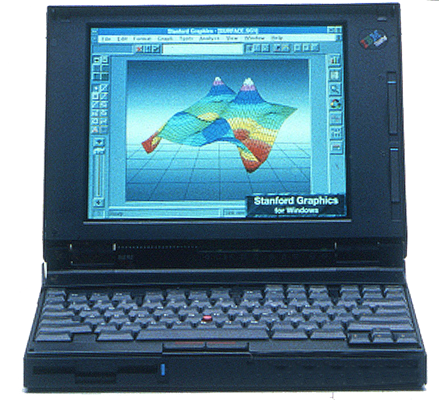 The first two clamshell-styled ThinkPads, the 700 and the 700C, were launched on 5 October 1992. Some people claim they were announced at Comdex Fall, but that took place more than a month later, on 16-20 November. Still, the new notebooks would have had their first full public outing at the show.

But if they didn't appear until 5 October, why is today the ThinkPad's birthday? Read on...

No great innovation among those specs, but the ThinkPad did introduce - or at least popularise - the TrackPoint controller, a tiny joystick built into the keyboard between the G and H keys, in place of a touchpad or, in those days, a touchball.

The 700 and 700C could each be connected to a specific version of the 3550 Expansion Unit, a docking unit IBM introduced on the same day. The 3550 allowed users to connect SCSI devices, and added VGA, keyboard and mouse ports, along with serial and parallel connectors.