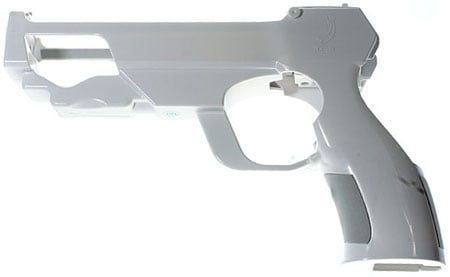 The Light Gun for Wii: stick 'em up

First up, the Light Gun with Laser Sight, a pistol unit into which you clip the standard Wii Remote. Bung in a couple of AA batteries too and touching the trigger sends out a beam of laser light to aid your aim.

Wii Blaster: lock and, as they say, load

Then there's the Wii Blaster, a longer, rifle-like unit that takes not only the Remote - it fits into a space in the front of the 'barrel' - but also the Wii's Nunchuk controller, which sits in the stock. The unit opens at the breech, shotgun fashion, for games that make you point the Remote down to reload. There's no laser this time, but a top-of-the-barrel sight for aiming. 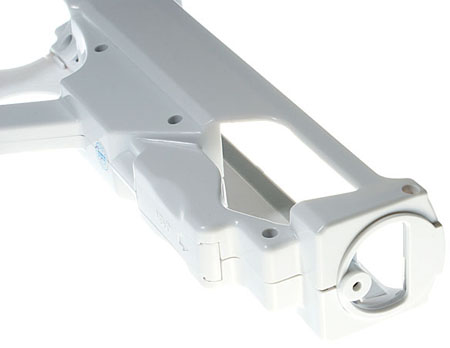