So farewell then, Tony Wilson

Rare was the day when Anthony Wilson, the Manchester music impresario and local TV presenter who died yesterday, could walk down the street in his home city without a murmur of "wanker" and "twat". It was as much as a part of the city as the incessant drizzle.

But Wilson revelled in the role of camp, ironic antihero and played it to the hilt. In interviews in early June, six months after his cancer had been diagnosed, Wilson fretted that Mancunians were suddenly "being nice to me". This was a shock in such a fiercely unsentimental city.

Music lovers visiting Britain from overseas began skipping London in the 1990s, heading straight for what's now recognised as Britain's great music city - and that owed much of that outrageous charm of Tony Wilson.

In the mid-70s Tony Wilson used his influence at Britain's leading independent TV station Granada to promote the Sex Pistols and a new generation of punk bands, then put his weight and capital behind a small independent club and label in the city. Through fluke, good fortune and a fierce pride in promoting local talent - Wilson had a recording sound genius in producer Martin Hannett, a designer in Peter Saville, and a charismatic genius in Joy Division's Ian Curtis - Factory Records became the first real British independent label since Joe Meek's Triumph Records to gain international kudos. The commercial success of Joy Division (later New Order) was invested in a "New York style" nightclub, the Hacienda, which later became a focal point of Britain's coalescence into a dance culture. This bit of history celebrated in Michael Winterbottom's movie 24 Hour Party People - a generous dramatisation of Manchester music mythology.

Manchester's rise to prominence as a world music city coincided with London's decline - and by 1980 the metropolis that gave the world The Who and The Kinks in the 1960s had added nothing but novelty bands (The Joboxers, Right Said Fred... and Blur) until the creative melting pot spewed forth drum and bass, garage, two step and a mass of urban dance music. 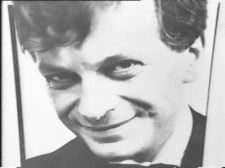 Wilson himself had a famously terrible judgement for music and also, for a Piscean, he was notoriously Aquarian when it came to money. He rarely knew what was happening musically in Manchester (he was wary of The Fall and declined to sign The Smiths, and promoted folk music just as acid house was taking off) at any given point in its Factory's history, and he rarely knew who was pocketing the readies from his business endeavours.

He revelled in the role of intellectual fop. In Winterbottom's movie, a cameo Christopher Eccleston playing a drunk recites Petrarchus' cyclical view of history under a railway to invigorate a dispirited Wilson. In real life, Wilson contradicted Victor Lewis-Smith's contention that Oxbridge graduates mention their college at dinner parties within seven minutes - only by invariably mentioning his Cambridge education within the first 180 seconds of meeting. Wilson insisted a vast portrait hung over the box office over the Hacienda.

Yet for all the pretensions, Wilson forged a link between the Jewish cultural entrepreneurs of North Manchester - promoters and managers such as Alan Wise and Elliott Rashman, who were heirs to the tradition of Charles Halle (who the Mancunian novelist Anthony Burgess credited with "civilising England") - and the hippy South Manchester scene of CP Lee and Bruce Mitchell.

In the punk era, Liverpool had Bill Drummond and Manchester, for better or worse, had Wilson - both were relentless promoters. While Drummond came and went (to later burn £1m for the heck of it, as an "art project" after his pop success with KLF), Wilson, a Salford Catholic, stayed to the end. Wilson never invested a penny outside the city of Manchester. Thirty miles away over the Pennines, Sheffield had a thriving scene which gave us The Human League and Pulp, and gave a backbone to electro and acid house - but lacked such a svengali as a Drummond or Wilson.

Because Wilson stuck around, with New Order sustaining the Hacienda, he later basked in the light shone by "Madchester", when "even the white boys learned how to dance". Even if he didn't immediately recognize a trend, once he saw it, he promoted it ferociously. And in losing him, the North of England lost a great voice.

In 1992 Wilson set up In The City, a music industry schmoozefest to which this reporter was generously given a keynote [transcript] - "just to shake things up".

Wilson was fabulously utopian about the potential of music, never more so than in this quote to biographer Bill Sykes, who's writing a life of the great scene maker and music promoter Roger Eagle:

"I always think that what Richard Boon and Howard Devoto did bringing the Pistols to Manchester on June 4th [1976] was the same thing as the Germans putting Lenin into a cattle cart and sending the railway train into Russia," he said last year.

"They sent this firebrand, this spark to fuck up the Russians, which of course it did. It caused a revolution."

We couldn't ever admit as much on earth, but we'll miss you so much, Anthony H Wilson. ®