Analysis As you pack your bags and plot your escape from the miserable British "summer" we're having this year: the security - long or short term - of your personal travel data is probably the last thing on your mind. And thanks to a much trumpeted deal between the EU and the US, even if it was a consideration in your travel plans, it is now out of your hands.

Last month, a settlement was reached in the long-running dispute between the US and the EU over sharing financial and travel data. The decision has generally been presented as a success for the EU in moderating the US's demands for data. A closer look at the situation with respect to travel data tells a different story.

The data in question takes the form of what are known as "PNRs" – the passenger name records that are generated when a travel booking (flight, hotel, car rental) is made. The exact information contained in these varies, but it typically includes identifying information about both the traveller and the person or agency who bought the ticket and the itinerary. But they may contain a considerable amount of additional information, such as who in a company is allowed which perks, and whether or not a traveller is authorised to use the company limo. 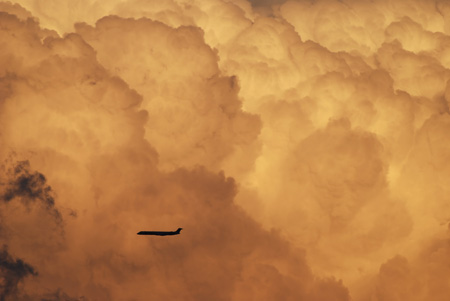 Privacy advocates, in particular Edward Hasbrouck, a San Francisco-based expert on the travel industry, have maintained for a long time that travel data, more than many other types of data, is particularly sensitive. Your travel records can reveal who you travel with and how often, how many beds you sleep in (and therefore your sexuality), who buys your travel tickets, and sometimes even, through the special meals you order, your medical condition or religion. A government couldn't ask these things directly without creating a public outcry. But, Hasbrouck also notes, PNRs may reveal considerable information about third parties, such as the company or agency employees who buy your ticket.

Despite the EU's data protection laws, which require data processors to show us our files and give us the chance to issue corrections, it can be very difficult to get a look at your PNR data. Even if you do, it can be difficult to understand. Last year, I tested this out by asking US Airways and Galileo, the customer reservations service it used to handle data, for a look at my PNR. Galileo responded promptly by post with a copy of the information. US Airways itself, however, refused to show anything beyond a simple receipt for the ticket and said: "Because of security concerns the PNR is a company document not released to passengers." The company ignored further communications. The third parties whose data is included in such records are even less likely to get anywhere.

The agreement announced last week will do nothing to change this situation.

"The recent agreement is a complete con," says Gus Hosein, a Fellow at the London School of Economics and of Privacy International. Despite negotiators' claims that they had protected the rights of Europeans by reducing the number of data fields demanded from 34 to 19, "what the Americans and Europeans cunningly did is dupe the entire population by taking the list of 34, dropping two, and then taking less lines on the page. They merged items on one line".

Beyond that, the agreement allows the US to use the data for purposes other than fighting terrorism and lets the US keep the data for at least seven years, possibly 15. "It could even go beyond that." It was, he says, "a failure of the entire process. Europeans have no clue how to negotiate with Americans."