Sharp has lowered the bar for the thickness of an LCD TV. It has developed a prototype 52in telly that's as little as 2cm thick. 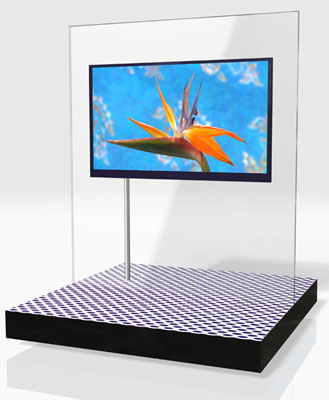 Admittedly, it does incorporate components to its rear that make some areas stick out a further 0.9cm, but who's counting? By comparison, today's comparably sized LCD TVs range in thickness from 8cm up to 14cm - four to seven times as thick as the Sharp prototype.

The display weighs 25kg and it's been rumoured that the set also incorporates wireless transmitter and receiver technology for HD-capable home video streaming.

Sharp hasn't released much further technical information about the set yet and hasn't confirmed when - or even if - it might appear on the market, or how much it might retail for. So for the time being we'll just have to make do with thicker and more power-hungry LCDs with lower contrast ratios. Sob.