Nokia joins clones at the Ministry

It's never been cool, and its critics say that it's boring and bland, with all the style of a Soviet tractor factory. But it churns out a frightening amount of stuff each year, and it makes pots and pots of money. And its logo is absolutely everywhere. But that's enough about The Ministry Of Sound.

You can see why Nokia felt spiritually drawn to this place.

Nokia used the mega-venue in London to relaunch its games strategy - which is a "platform" not a product - and an iTunes-style music store. There were the obligatory new handsets - including the N81 with up to 8GB of storage - and a load of new accessories, such as speakers from JBL and Altec Lansing. 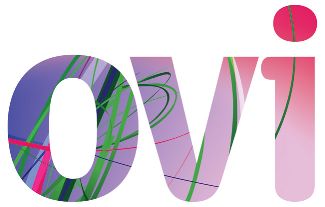 People must be paid zillions for dreaming up this stuff. It's fantastic.

The Nokia Music Store will go live in Europe before the end of the year, will be available on the new N81 and the N95 (as well as the 5310 and 5610 models) and offer both individual downloads and a monthly subscription service. Songs will be €1, albums €10 and up, and a monthly sub for PC streaming for €10 a month.

Compared to Omnifone's Music Station - the carriers' great white hope - NMS offers a lot less, for a little more money, on far fewer handsets. And without the nice features like playlist sharing, and automatic song recovery if you lose your phone. Music Station works on 70 per cent of the world's 2bn handsets - rather than just four.

Nokia's move into music isn't unexpected. A year ago it acquired digital distributor Loudeye, but the surprising move is that it's going it alone with a retail store. This puts it in competition with Apple of course, but Nokia has been competing with Apple for a long time. More significant is that it brings Nokia into head-on competition with its biggest customers - and that's a place most businesses would prefer not be.

Network operators feel that retail services are their territory: they run the billing after all. The operators don't mind partnering with a service company (a Shazam or an Omnifone) but the last thing they want is a feisty supplier dictating the end user experience, and pocketing those hard-to-win data revenues.

That's why yesterday's handbags between Orange and Nokia today looks like less of a tiff, and more like the beginning of a full-scale war. The operators will do everything they can to ensure that NMS sinks without trace. Nokia once had similar grand plans for Club Nokia, but the networks killed those ambitions, too.

(Not that Nokia isn't capable of making a flop of NMS without any assistance at all, of course).

It leaves the question - if Nokia is going to antagonize its biggest customers, why not do it with something interesting, rather as derivative and "me too" as yet another online music store? ®