Google owes its success to putting advertising into parts of our lives where no one has ever put adverts before. Now a new patent illustrates the extent of its ambitions.

Last week Google applied to patent one of the cornerstones of mobile commerce - billing by SMS. Details of the invention, entitled "Text message payment", are scant in the application that was published on Thursday. But US 2007/0203836 does, however, illustrate the extent of Google's ambitions. It envisages payments for conventional retail shopping (for example at Starbucks or McDonald's), as well as browser-based surfing, and SMS services such as ringtones.

The invention is, according to the application:

From the accompanying images, Google illustrates how one embodiment of the invention could work: 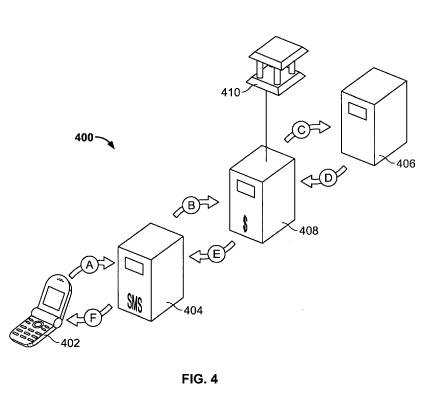 Which will be familiar to anyone who sells ringtones today. Another attachment illustrates what we presume to be a typical day's shopping for a Google employee: 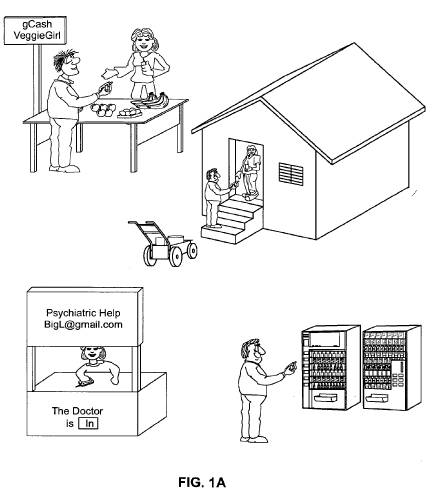 Although we must note that here, the vegetable seller is also the psychiatrist. So by sharing information, the psychiatrist can remind the mobile punter to eat their vegetables. Presumably, all this information is then relayed to Google's new health initiative.

Google has been briefing potential partners about its mobile phone software platform, as we revealed earlier this year. In June it snapped up Grand Central, a universal mobile messaging start-up.

The idea is to create a mobile platform for Google's core advertising business: think of an OEM-able Sidekick with always-on AdSense. For April 1, we imagined what it would look like, here.®