Apple didn't ditch it's old, faithful iPod today - it just renamed it the Classic, boosted its storage capacity, an LED-backlit display and gave it a more curvy casing than it's had before. 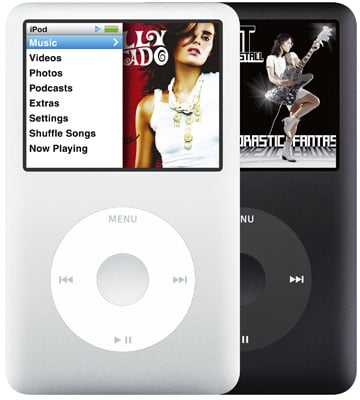 The Classic's display is a 2.5in, 320 x 240, 163dpi with and LED backlight for brighter visuals but reduced power consumption. For which read better battery life.

The old white and black colours are retained, sort of - the white one's actually silver, because Apple's ditched the plastic casings of yesteryear, replacing them with a metal front. You pay the same for either colour, whether you opt for the $249 80GB model or the $349 160GB version.

At this stage it's unclear whether the Classic runs Mac OS X, or a modified version of the original iPod OS updated here with the iTunes-like record-cover UI mode.

Both models are available now, around the world, Apple said.