Original thinking in a derivatives market

How those models work

Analysis At some point in the latter decades of the 20th century, someone sat down and thought: wouldn't it be nice if all the money in the world was controlled by scientists rather than accountants and nice chaps from Eton?

Now, as we march headlong into the 21st century, full of sub-prime fallout, to a decent approximation, what we're seeing is just that: a better quality of screwup.

The way banks lend money has changed, and in step with this, so has the way they calculate and manage risk. 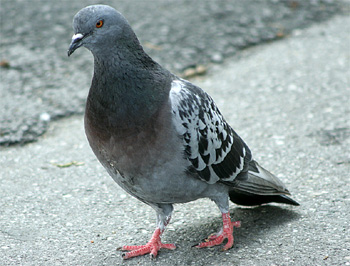 I can still leave a deposit on a Porsche

What are the odds?

Banks use highly complex mathematical models to estimate what is going on and what they should do about it. In the olden days (the 1980s), when a bank lent you money, it was risking its own capital. If you ran off laughing, they took the hit. If you were asking them for a mortgage to buy a house, banks lent up to 75 per cent of the value of the property, and if they really liked you might go from the standard 2.5 multiple of salary, to 3. If your wife worked, then tough, and don't even mention gay couples.

Credit derivatives have made borrowing both cheaper and more flexible, which is mostly good. Banks have sold off the cashflow from loans for many years, typically in large portfolios to keep the admin costs down and avoid one bad risk being an issue. This securitisation moves the risk off the books of the bank, and is the basis of a wave of financial innovation, led by banks in London. Moving risk to those who will take it on for a price is critical to how modern investment banking works, and almost any set of cash flows can be engineered so that they can be sold as a single product.

David Bowie was one of the first to benefit from this. Whereas Paul McCartney lost control of his music, Bowie borrowed $55m secured against future royalties, and ten years later he now has the songs back with no loss of control. Bernie Ecclestone raised $1.4bn in much the same way, but unlike shares, bonds don't vote, so he kept control. So how does this work?

If a bank has mortgages with a face value of 100 million (chose a currency, any currency), it can be sure it's going to lose some, but not lose the lot either. That means you can chop up the risky portfolio into tranches, giving first call on (say) 90 per cent which is pretty much risk free, with layers of increasing risk. Some investors are quite happy to take a lower rate of return, if they can be sure what that rate will be. So in addition to the risk being concentrated in a smaller group, so is the reward.

But how do you decide where to draw the line? Is it 90 per cent or 91 per cent? You have to convince both the customer and the ratings agencies, such as S&P or Fitch, that your portfolio really is as safe as you say.

Riskier tranches have higher returns, on average, but with increasing variance, with a bottom "equity" layer which takes the first hit of any losses. This is potentially the most profitable, but when they go bad these risky layers get called "toxic waste". As we've seen recently a credit rating is not constant. Not even slightly.