A certain Harry Lime once famously explained that "in Italy for 30 years under the Borgias they had warfare, terror, murder, and bloodshed, but they produced Michelangelo, Leonardo da Vinci, and the Renaissance", whereas in Switzerland they had "brotherly love ... 500 years of democracy and peace, and what did that produce? The cuckoo clock".

Well, it's taken them a while, but the Swiss have finally challenged this uncharitable analysis of their contribution to human advancement with the deployment of a sensational glass airliner, spotted mid-cloak down at Geneva aiport: 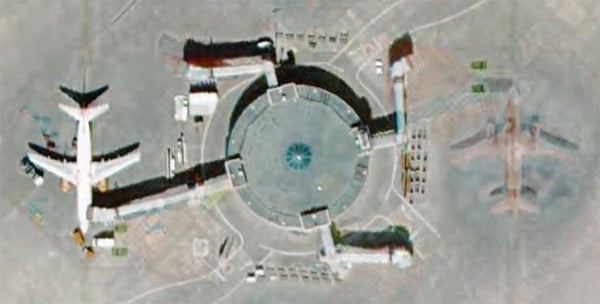 The Swiss are not normally noted for their transparency, as their banking system attests, but this technological marvel is a clear challenge to the US's own cloaked aircraft, reportedly used to carry out rendition flights to Guantanamo without attracting the attention of pesky pinko-liberal human rights activists.

Quite what use Switzerland will make of its invisible air transportation remains to be seen, although it seems the ideal method for clandestine export of cuckoo clocks to Third World dictatorships and the Axis of Evil™. ®

Thanks to Mark Patterson for the spot.