Imagine you're a dignitary from a tiny, isolated, rugby-obsessive Pacific island group. Wouldn't it be marvellous if the UK launch of your new internet economy could be scheduled during the Rugby World Cup in France?

"It's a happy coincidence I think," said the publicist for Dot TK on Wednesday. The company aims to capitalise on the .tk top level domain (TLD) assigned to Tokelau, which holds the title of the world's lowest GDP. 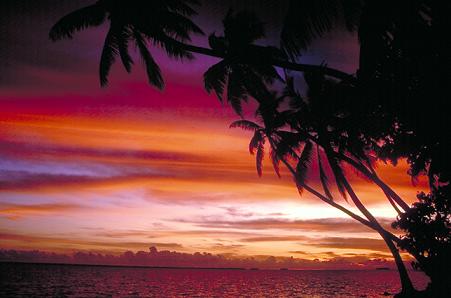 "I can see the internet from here!"

Indeed, for the three men who made the trip to London via 48-hour boat trip, then seaplane, and then two-leg plane journey, this certainly is no mere boondoggle*. Since officially opening for business in 2005 Dot TK has grown to provide more than 10 per cent of Tokelau's small income. Most of the rest is aid from New Zealand, which still counts the islands as a colony. However, a referendum next month will decide on the question of full independence, and an emerging nation needs its own cashflow.

Getting approval from ICANN, the US-run organisation which is the de facto governing body for web addresses internationally, to operate a domain business was a tortuous process for Tokelau.

Dutch internet entrepeneur Joost Zuurbier identified .tk's potential to be the world's first free TLD name registry during the dotcom boom after witnessing the success of Hotmail, which took an early lead in free email. He rejected other under-used TLDs including .aq (Antarctica) and .ps (Palestine) because of political and administrative headaches.

After a tender process, representatives from the islands signed a permanent contract with Zuurbier in Hawaii in 2001 to let him run .tk on their behalf in exchange for a share of revenues (details of the carve-up are secret) and internet access for the islanders. However, it took until 2005 to convince US government officials that the islands, and the contract, were for real following the intervention of an ICANN board member who visited Tokelau in the 1970s.

Zuurbier had realised that unlike the .tv suffix, which has changed lives in Tuvalu, there is little intrinsic value in .tk. Just selling .tk addresses the way GoDaddy sells .com ones would mean only the richest and most international of brands would bother. Google.tk's search page is out there for those who want to use it. Dot TK are wise to the value in some domains: Myspace.tk is available but will set you back $2000 for two years.

*Especially given the 59-7 pasting they witnessed South Africa deliver to their nearest neighbour Samoa at Parc des Princes on Sunday. Not that we'll be feeling so smug on Friday night.

That's if shares sell at the high end