Google sued for 'crimes against humanity'

A Pennsylvania crusader has slapped Google with a $5bn lawsuit, claiming that the world's largest search engine is endangering his personal safety.

With a suit filed in federal court, Dylan Stephen Jayne insists that the company is guilty of "crimes against humanity" because its name turns up when his social security number is scrambled and turned upside down.

After much study, The Reg can confirm that Jayne's tax payer ID can be juggled to reveal the word Google - if you use your imagination. But we have elected not to publish the number. For obvious reasons.

By calling itself Google, Jayne argues, Google has exposed him to attack by an army of culturally diverse, net-savvy terrorists. "A person regardless of race or religion that wishes to cause acts of terrorism would look for social security numbers that are made readily available on the public use databases," his suit reads.

And he's adamant that if Google claims ignorance, many people could end up dead or buck naked. "The 'I don't know' defense obviously is a waste of money, time, and puts the lives of Americans and illegal aliens at risk of death or serious undress."

Will the suit stand up in court? According to Santa Clara University law professor and tech law blogger Eric Goldman, who first brought the suit to popular attention, the answer is "no."

But Goldman could be wrong. The court could side with Jayne. After all, the US government has made far more ridiculous decisions in the name of anti-terrorism.

Even if Google comes out on top, Goldman told us, the company will have no choice but to spill some dough on its lawyers. And if it loses? Jayne is asking damages of $5bn.

So a $5bn bill could land on Google - or it could land on founding fathers Sergey Brin and Larry Page. Of course, that's pocket change to all three.

We're also worried that additional suits are on the way from Dylan Stephen Jayne. According to his Google complaint, the Philadelphia 76ers play a rather important role in the exposure of his social security number, and The Reg can confirm this is indeed the case - if you use your imagination.

One loyal Reg reader has complained that since our exposé of Google's necktie policy, we have failed to re-publish a certain photo of Sergey Brin. We aim to please our readers, so here it is: 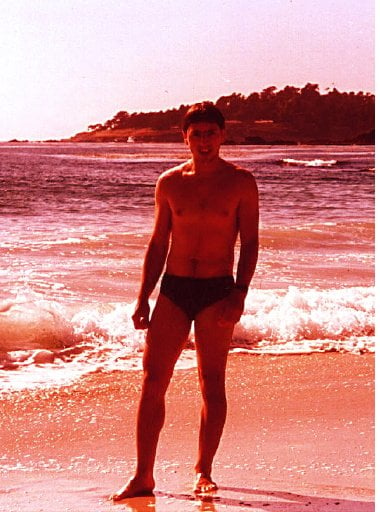