JSF is so much better

Oracle this week told developers to be wary of the hype surrounding AJAX frameworks and encouraged large organizations to back JavaServer Faces (JSF) to "Web 2.0-enable" applications.

Ted Farrell, the exec setting technical and strategic direction of Oracle's own development tools, told The Register that most AJAX frameworks focus on the interface and pay lip service to the most challenging part - integration with back-end servers.

Adopting AJAX-based rich interfaces and internet-based applications at this stage could leave their organizations stranded in the future, lacking either skills or an upgrade path to continue working, he argues.

"No one is concerned about the importance of back end technology because [they say] we have web services - you can expose everything as a web service," according to Farrell, speaking at this week's AJAXWorld in Santa Clara, California. Farrell is Oracle's chief architect and vice president of tools and middleware.

"But look at the user interface space... you get UI technologies like Swing, Java, DHTML or JavaScript only to find out technologies and capabilities change and have nowhere to go."

All dressed up and nowhere to go 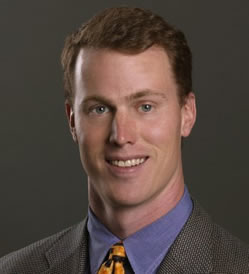 Farrell warned organizations that take a strategic decision to adopt AJAX, or the other emerging rich internet and client architectures such as Silverlight and Apollo from Microsoft and Adobe Systems, risked getting left behind as these technologies provide no standard way to interoperate with back end servers.

He claimed companies are in danger of repeating past mistakes, of committing to a user interface and then becoming stuck if, or when, things don't work out.

According to Farrell, JSF already delivers the ability to build a rich Web 2.0-style interface while abstracting the developer from integration with the back end. "JSF separates the object model from rendering, you get events back and a render kit decides how the event is rendered," he said.

"We [Oracle] have developers combining Oracle Forms, Siebel and PeopleSoft. Trying to get them to JSF which is declarative and has the tooling is easier than have them learn DHTML... if you have that higher bar you will loose a lot of developers."

AJAX certainly has its challenges, and Farrell is correct to highlight how the Web 2.0 crowd has quickly dismissed integration with back-end servers as a web services thing. Also, JSF presents an interface framework with some kind of critical mass while - at the last count - there existed 134 frameworks serving AJAX, each with its own strengths and approaches.

Java this and Java that

Oracle has made a strategic decision to bet on JSF. The company was quick to to seize on JSF, hatched by Sun Microsystems several years ago and supported by the Java Community Process (JCP). Oracle's JDeveloper IDE has supported JSF since January 2006.

While JDeveloper 11g, expected next year, will feature an AJAX and Flash render kit, Oracle's strategy is to add Web 2.0 capabilities - such as wiki, presence or RSS feed - to its JSF implementation as components. Oracle currently offers more than 100 JSF components, many under open source. Oracle plans to open source its AJAX components next year.

Oracle is releasing the code as it places increased importance on features synonymous with Web 2.0 in its applications. Fusion, Oracle's upcoming customer relationship management (CRM) software, will feature the ability to mash-up maps with contact and sales information, and combine information on individuals' presence and voice over IP (VoIP).

The move is calculated to cut down the nsteps currently needed to find or combine information held in separate systems.®