Wiped from the face of the currency

The European Commission has admitted the new euro coin - designed to sport a revised map showing the expanded happy band of brothers - is "not exactly the one the commission has proposed" after the powers that be decided to omit Turkey from the monetary celebration of the EU. 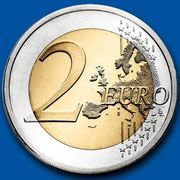 According to EUobserver, the Commission's plan was to "change the map of Europe currently seen on the ten-cent to two-euro coins into a larger one going east to the Caspian Sea and including Turkey".

However, while the final result includes Belarus and parts of Russia, poor old Turkey is conspicuous by its absence.

Unsurprisingly, some have suggested the move is politically motivated, given various existing members' reluctance to admit Turkey to full EU membership. The most vociferous among these is France, which is actively opposed to the islamic nation hooking up with its western neighbours.

Italian Liberal MEPs Marco Cappato and Marco Pannella declared in a statement: "The council [the member states' body] has deliberately and secretly wiped Turkey from the new face of the euro. Dictatorships, such as Belarus do figure on the new euro coins' map, but not a democratic country like Turkey with whom accession talks are ongoing."

The commission said it was "pointless" to comment on the controversy, with spokeswoman Amelia Torres offering: "The idea was to have a new design that would be a more stylised design, rather than a true geographical representation of Europe, which admittedly is more difficult to represent on such a small surface."

Whether the Turkey outrage is motivated by politics or technical considerations, it's pretty well a moot point. The coins are already in circulation in Slovenia - which joined the 13-nation euro zone last January - and other members who need to mint new coinage have already adopted the revised look. ®