If there’s one sure-fire way to push a next generation format, such as Blu-ray, then simultaneously releasing a whole host of recorders must be it. Sharp's done just that and announced a whopping four new models for every wallet size. 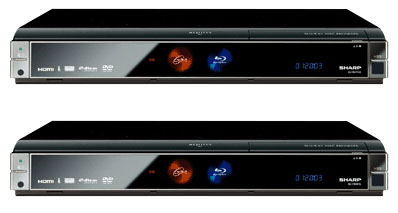 The Aquos BD-HDW20 and BD-HDW15 will ship in Japan with, respectively, a 1TB and a 500GB hard drive, and can also record onto a selection of Blu-ray discs and DVD media. Unsurprisingly, the range of discs both can play extends to the majority of formats it can write to, plus a few extras, such as CD-R/RW.

Each provides 1080p 'full HD' and can operate at cinema-style 24p 24 frames per second. The majority of input and output jacks are all gold plated, which has been claimed by some to be a way of reducing interference.

Sharp's also chucked in a universal remote that will operate both the Aquos Blu-ray player and an Aquos TV.

Two additional ranges of Aquos Blu-ray players, dubbed BD-AV10 and BD-AV1, have been released too, but neither offers an internal hard drive and instead record programmes directly to disc. A handy disc-o-meter on the front of each model, allows users to see how much capacity is left on a disc. 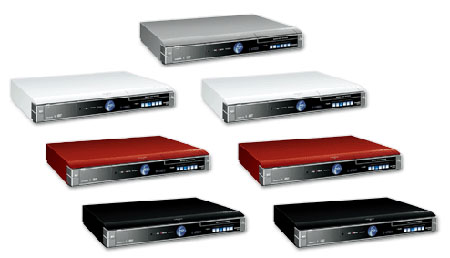 Aside from the array of colour case options, dual-layer disc recording is the main difference between the AV10 and AV1 range, with only the AV10 able to support two-layer 50GB BD discs. However, both operate at 1080p and 24p.

Nasty firmware update butchers Samsung smart TVs so bad, they have to be repaired

On the plus side, at least they didn't explode

Onto the format fence?