Rakes in $300m during first week on sale

Halo 3 has proven to be a shrewd investment for Microsoft. The software behemoth claims the game is the world's fastest-selling video game to date, generating sales in excess of $300m (£150m/€190m) during its first week. 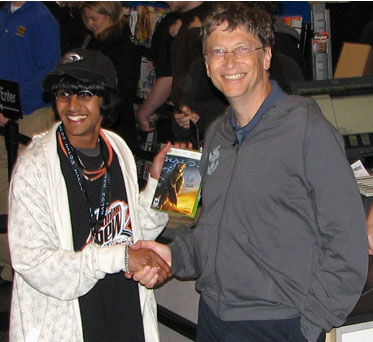 The company also claimed that initial reports from retailers around the world show that Xbox 360 console sales have more than doubled, compared with the weekly average before Halo 3's release. The game launched in the USA on 25 September, and one day later in the UK.

Microsoft has been quick to capitalise on the limelight created by the figures. It also said over 2.7 million gamers played Halo 3 on Xbox Live during the title's first week on sale, and that fanboys racked up 40 million hours of online Live play during the same period.

However, analysis by Chart Track earlier this week revealed that the title is only the UK's second fastest selling game. It positioned the shoot 'em up behind Grand Theft Auto: San Andreas, which was released in 2004. ®