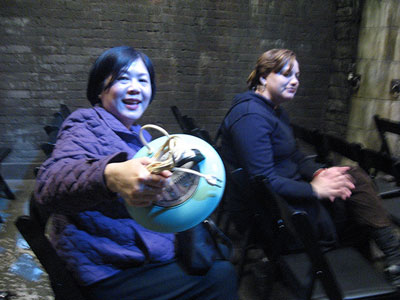 American households apparently had more vibrators than toasters in 1917, as the steam-powered vibes prescribed by doctors for female hysteria in the 19th century gave way to the 110 volt beauties of the electrical age.

Sex and democracy - the early adopters

The idea that the internet has unleashed human depravity, as social conservatives claim, seems specious: for example, the humanimal fetish, in which human and animal body parts are combined, is too reminiscent of Greek or Egyptian mythology to be a uniquely disturbing, contemporary conceit. There's more farce there than fetish.

Teledildonics is the field of remote controlled sex machines. It is also our new favorite word here at Vulture Central.

When he does, rest assured El Reg will be there to cover it.®