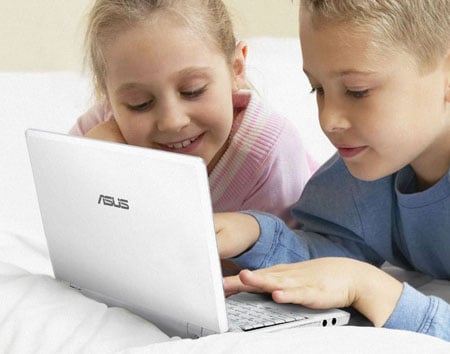 RM's MiniBook: cheap enough for the kids to break with impunity...

The unit has an integrated 0.3-megapixel (VGA) webcam and 802.11g Wi-Fi, along with a 10/100Mbps Ethernet port and an on-board dial-up modem. RM also said it plans to offer an optional 3G datacard for the device. There are earphone and microphone ports, an SD card reader and three USB 2.0 ports too.

Send pics from the beach... if you can find a hotspot

The machine's pitched at schools, but we can see plenty of folk considering the MiniBook as a simple, inexpensive web surfing device.

Both models are due to go on sale over here on 1 November.

Update RM confirmed today that the pricing excludes UK VAT sales tax, currently charged at 17.5 per cent. That ups the two machines' prices to £199 and £234, respectively.