Still fresh from acquiring a patent agreement from Data Domain by threatening legal action, Quantum is turning its eyes to another rival in the de-duplication market.

Quantum said today it is suing Riverbed Technology on claims it is violating its intellectual property.

Quantum's unmercifully technical 47-page complaint was filed in US District Court in California. It alleges that Riverbed is infringing on a Quantum de-duplication patent it was granted in 2006.

The patent in question is Quantum's "method for partitioning a block of data into subblocks and for storing and communicating such subblocks." The company said it acquired the patent from their acquisition of ADIC/Rocksoft. 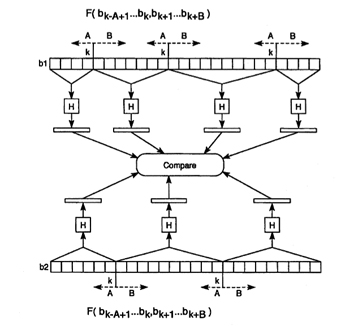 Page 19: Depicts a method (and apparatus) for the partitioning using a constraint F, of two blocks b1 and b2 into subblocks, the calculation of the hashes of the subblocks using H, and the comparison of those hashes with each other to determine (among other things) subblocks common to both b1 and b2.

Last year, Quantum was able to secure the agreement with Data Domain by approaching the vendor with claims of patent violations. In addition, it secured shares from Data Domain's IPO, which netted a cool $5,850,000.

But Riverbed was apparently unstirred by similar tactics from Quantum's legal dogs of war.

"Over the last eight months, we have worked to engage Riverbed in an effort to resolve this issue directly," said Shawn Hall, Quantum veep (and counsel) in a statement. 'Unfortunately, this effort has been unsuccessful, and we felt we had no choice but to initiate legal action to protect our intellectual property in data de-duplication."

In a separate statement, Riverbed denied the charges. The company said they have no factual or other basis to believe it infringes on any third party patents. Riverbed intends to defend itself against the action. ®