D-Link to bring DivX onto your HD TV

DivX has teamed up with D-Link to incorporate its DivX Connected HD digital media platform onto the Wi-Fi firm's DSM-330 network box, giving users access to PC-based DivX content via their TV.

Movies, pictures and music can be streamed over a wired Ethernet connection or over 802.11g Wi-Fi, which DivX said had a plenty of bandwidth for the task. It admitted the main reason for not choosing 802.11n was because it would have added about £40 to the device's cost.

Users can stream content from multiple PCs, and the DSM-330’s able to support up to 720p HD though its HDMI interface. The user interface is divided up into sections based on content type, and the bundled remote control allows users to work the unit like a DVD player by, say, skipping a chapter - directly through their TV. 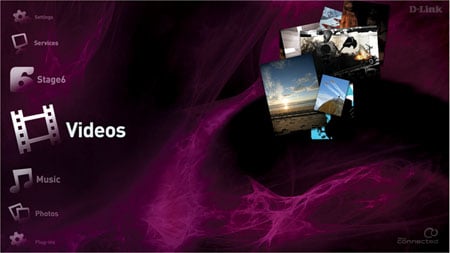 Several aspects of the box’s operation are controlled through a PC, though, and one must be powered up and 'paired' with the DSM-330 for content to be delivered to the small screen.

However, the unit’s internet connection means users have access to DivX’s YouTube-style Stage6 video website, and web plug-in codecs can be added to the software through the PC. This allows users to access, say, Google Maps in real time on their HD TV.