Sony has confirmed rumours of a PS2 redesign and said that the lighter, third-generation model will be released in Japan later this month. 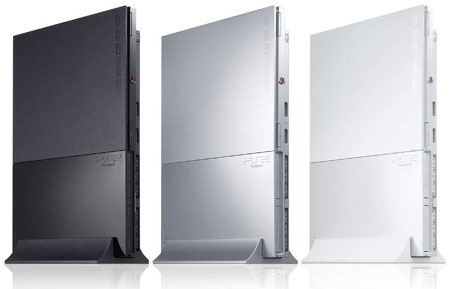 The new model is almost exactly the same size as the current model - it's a mere 1mm shorter - but it weighs a lot less: 720g to the current model's 850g. As expected, Sony has integrated the AC power brick into the new version and will offer gamers a remodelled stand too, although it’ll be sold separately.

The launch is undoubtedly timed to help the company achieve its ambitious forecast of selling a further 12m PS2s by March 2008.

The new model will be coming to Europe in 2008, Sony told games trade site GamesIndustry.biz.