IBM has teased with scant details of its long-awaited updates to AIX and its Power6-based blade server line — but today the specs have dribbled out of Big Blue at last.

The first blade running on the dual core Power6 is named JS22 Express. Let's poke around: 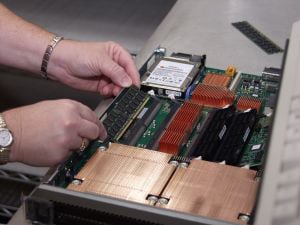