iPhone 'killers' stand up and be counted

Today may be iPhone Day across the UK, but Apple’s must-have handset isn’t the only cutting-edge touchscreen beauty available in Blighty.

Whilst many love the iPhone for its ease of use and style, some have criticised it for the network provider lockdown, lack of 3G connectivity and high cost. So, what other handsets could you consider instead as you brave the crush at your local Apple, Carphone Warehouse or O2 store at the 6pm launch tonight?

Samsung’s F700, aka the Croix, has already been hailed an iPhone killer and it hits shops this month, offering a 3.2in display and slide-out Qwerty micro-keyboard. However, Samsung told us in September that the handset would only be available on Vodafone’s network.

The 3G phone uses HSDPA to deliver download speeds of up to 3.6Mb/s, although it bizarrely doesn’t have Wi-Fi connectivity.

Alternatively, LG’s KU990 Viewty 3.6Mb/s HSDPA 3G handset, with tri-band GSM for voice, is already available and provides users with a 5.1-megapixel camera with a flash, autofocus and image-stabilisation technology - a much higher spec than the iPhone’s basic two-megapixel snapper. 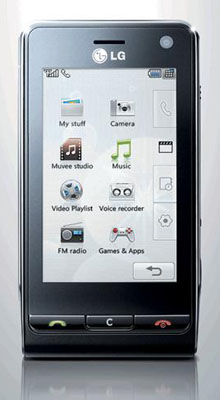 Its 3in touchscreen is ready to display a variety of image and video formats, like the iPhone, but here your movies and pics can be stored on a Micro SD card, although one’s not included in the box.

LG recently unveiled the KS20 handset too. It looks strikingly similar to the KU990, and while it only has a 2.8in touchscreen for viewing web pages, it makes up for it by incorporating 802.11b/g Wi-Fi in addition to its 3.6Mb/s HSDPA 3G connectivity. It’s also a tri-band GSM/GPRS phone. 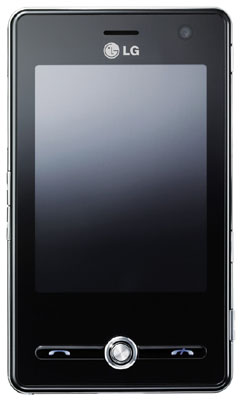 While the KS20’s two-megapixel camera is less impressive than the KU990’s five-megapixels, some might consider the KS20 a web handset first and camera phone second, and the KU990 the exact opposite.