Don't trust anything over 1MHz

Back in the Golden Years of electronics, personal computers required a Master's degree or a crippling social disorder to operate and it was better that way.

And colors? You had two options: stunning beige or get the hell out. The Register is proud to be a favorite for a healthy stable of crotchety old tech geezers, and in their honor, we're looking back at the kit of yesteryear and giving it a tearful salute. Oh, it tastes so salty!

Over the next few weeks, we'll retrospect some of the computers that made the industry what it is today. Our first peek hearkens back to the 1970s, when PCs were just becoming P. 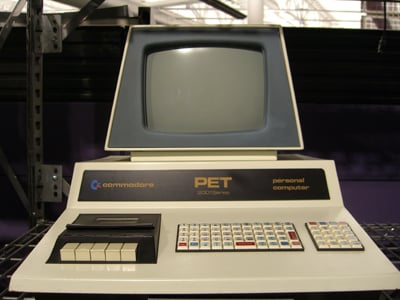 This device, released in 1977, is often regarded as the first all-in-one computer. It's not Commodore's first effort: they released the KIM-1 beforehand — but that system was all kit and no caboodle. The KIM-1 also used an out-of-house chip design they bought from MOS Technologies.

MOS had been playing second banana to Texas Instruments selling calculator chips before the market collapsed due to manufacturing expenses. The company was rescued from ruin by Commodore in 1976 when they bought the entire company on the condition was that Chuck Peddle would join the company as chief engineer. MOS would become the Commodore Semiconductor Group, although their chips would continued to be stamped with the old MOS logo until 1989.

In his new position, Peddle convinced Commodore that calculators were yesterday's news. The company should instead focus on the burgeoning personal computer market and expand on the KIM-1. The result was the PET 2001, using the MOS Technologies 6502 CPU, which would later find its way into many other computers of the age. 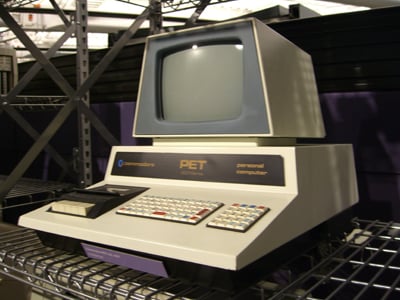 The first model was PET 2001, which sported 4KB of 8-bit RAM (later 8KB was offered in the 2001-8 model). The machine was similar to the KIM-1, but with a 9" monochrome monitor attached. It was also one of the few computers with a built-in cassette drive: 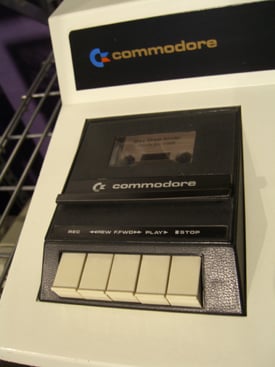 Unfortunately, this feature left little room for the keyboard. The resulting pad was often slandered as the "chicklet keyboard" due to it's diminutive size: 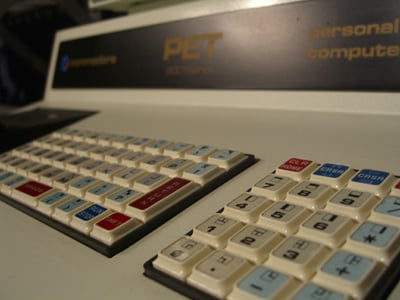 A look at the layout:

A later PET model used a larger keyboard, but the cassette storage was made external. The newer model had better success on the market — leading Commodore to introduce the system to Europe. Dutch firm Philips however, had already released a machine called PET in Europe, resulting in a name change to the CMB (Commodore Business Machines) 3000 series. 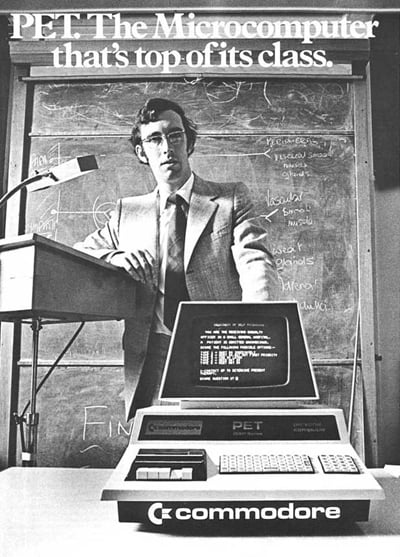 Thanks to the Computer History Museum in Mountain View, CA for letting us take pictures of your systems. We didn't touch, we swear.

And now, dear readers, we turn the floor over to you.®

Top tip: Your RSA private key should not be copied from a public code tutorial
Research17 Aug 2022 | 19