AMD has let slip the existence of the next generation of its CrossFire multi-GPU technology, dubbed CrossFire X.

Technically, CrossFire X is under wraps until 19 November, but when it launched the ATI Radeon HD 3800 line of graphics chips this morning, AMD not only posted the new technology's logo on its website, but also revealed CrossFire X has "up to quad-GPU support". 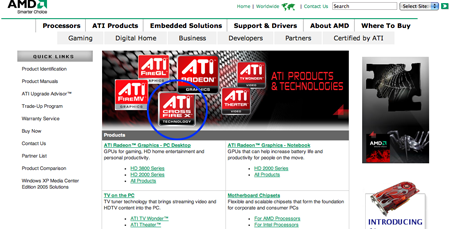 CrossFire X, it added, can "scale up rendering performance and image quality with two, three or four GPUs" all hooked up to each other with a "dual-channel bridge interconnect".

AMD's CrossFire sub-site doesn't refer to the new technology, however, since it's almost certainly part of the company's as-yet-unannounced 'RD790' chipset, which - as we wrote last month - will ship as the 790FX and be a key component of the company's Spider gaming PC platform.