Listen to The Man, kids. He knows how to look after data

The government's information watchdog today warned the nation's yoof they are risking their future by handing over potentially embarrassing personal info to MySpace, Bebo and Facebook.

The Information Commissioner's Office (ICO) has issued new official guidelines aimed at encouraging the millions who use online social networks to think twice before blogging about how they got totally mashed on the rec ground on Saturday. There's a special website, with some supercool graphics (right) to lure the youngsters. 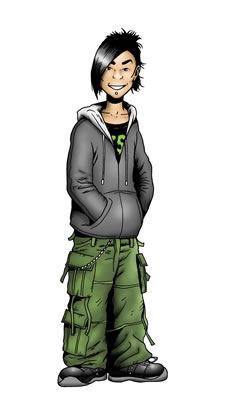 A Tufty for the web generation

The site gives "top tips" for protecting your privacy on social networks:

A survey of 2,000 14 to 21-year olds conducted by the ICO revealed that more than two thirds wouldn't want an employer or university to see the photos, messages and other data they've scattered across the web. Checking job candidate's online presence is rapidly becoming standard practice for recruiters, and Oxford University sent students official warnings after authorities discovered pictures of college tomfoolery.

ICO deputy commissioner David Smith said: "Many young people are posting content online without thinking about the electronic footprint they leave behind. The cost to a person's future can be very high if something undesirable is found."

He's not wrong. Recently Kevin Colvin, an intern at Anglo Irish Bank in the US, acquired instant net notoriety after his boss discovered a photo of him at a halloween party (left) on Facebook. He had told the bank he had to miss work because of a family emergency. 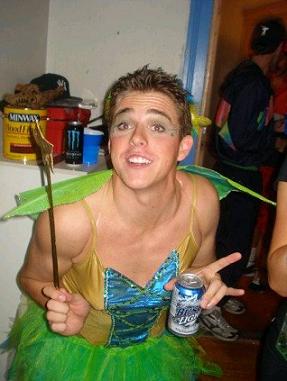 Kevin Colvin: a warning from history

Almost everyone surveyed by the ICO said they were concerned about how social networks plan to use the information they give up for targeting advertising.

Social networking evangelists insist that young people's blasé attitudes to online privacy signals a new world of data sharing that we'll all have to get used to.

At a recent event, Bebo boss Joanna Shields insisted that the kids know what they're doing, and it's probably that tinfoil hat-wearing worrywarts just don't get it yet.

Today's survey suggests the kids aren't as stupid as some Silicon Valley data hoovering operations might like to think, however, and do care about how their information could be used and abused. Given this week's unbelievable events, the timing of the worthy establishment campaign to help them protect their data could have been a little better.

We'll know whether the ICO will put its money where its mouth is when it releases the results of its probe into Facebook's Hotel California data retention policy. ®