Heading for the red planet

NASA says it will send a 400,000kg crewed spacecraft on a 30-month round trip to Mars as early as February 2031. The details of the planned mission were announced at a meeting in Houston, Texas, the BBC reports.

According to the plans, the spacecraft will be built in orbit, being far too large to ever be lifted from the bottom of Earth's gravity well by rocket. The Martian living quarters, which would be nuclear-powered, will be sent to the red planet two years ahead of the manned mission itself, along with all the cargo. 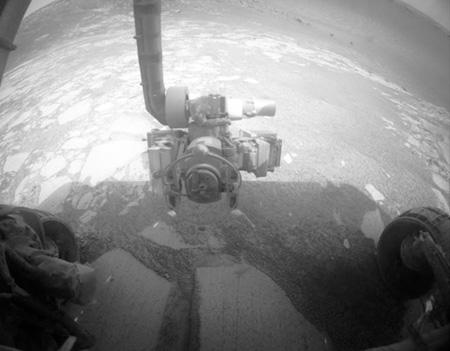 Given the right start date, the trip to Mars takes roughly six months. Life support on the craft would be a so-called closed loop system, with air and water having to be recycled, and NASA says it expects the astronauts will grow fresh food en route, taking advantage of the sun's diminishing rays as they travel. Once there, the team would set up camp and stay for around 16 months before heading home again.

Estimates of the cost of sending people to the red planet vary hugely, ranging from $20bn to $450bn. Other stumbling blocks include what to do if the mission should run into difficulties.

Resupply wouldn't be much of an option, and an early return to Earth is unfeasible. (The two planets are positioned for a direct mission roughly once every two years. A craft could fly back in between times, but the journey would be so much longer as to negate the early start.)

As a consequence, NASA says, the crew would have to be able to repair any malfunctioning kit, and might even have to manufacture new parts. That is a fair amount of expertise to cram into a mission with a "very limited" crew.

The issue of how to properly protect the crew en route is also yet to be resolved. The craft would be exposed to high levels of solar radiation for the duration of the journey, and would be at particular risk in the event of a coronal mass ejection, or solar storm. NASA says shielding still has to be developed. ®