Everyone is doing it

The firm studied three petabytes of anonymous data from ISPs and universities in Southern and Eastern Europe, the Middle East and Australia between August and September of this year. They estimate the research analyzes over one million users.

The study showed that the total share eaten by p2p ranges from 49 per cent in the Middle East to 84 per cent in Eastern Europe. At nighttime, p2p traffic jumps as high as 95 per cent of total bandwidth used. 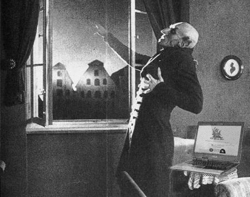 Those old standbys: movies, pornography and music take up the largest proportion of files swapped. E-Books take an uncommonly high share of traffic in the Middle East, while computer games take a disproportionate chunk of Southern Europe.