Creative has extended its Zen line of Flash-based compact handheld media players with a 32GB model. 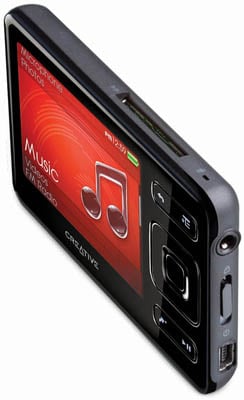 When the player was launched in August - just ahead of the introduction of Apple's third-generation iPod Nano, reviewed here - the gadget was offered with a choice of 2GB, 4GB or 8GB of content storage, with a 16GB model available in some territories, such as the US.

The new model doubles the capacity of the latter model - but as yet it's not known whether the price will double too. The 16GB version costs $250 and £200 in the US and UK, but local pricing has not yet been revealed.

The 32GB Zen is expected mid-December.