The difference between the two cooling packages becomes clear when the two graphics cards are working hard. The MSI X38 Diamond motherboard that we used in testing comes with a PCI Express audio riser card that was initially placed in the slot next to the GTS and the result was that the casing of the cooler had a temperature of 60°C. The audio riser seemed to be restricting airflow so we moved it to a different slot to create an air gap and the temperature of the graphics card dropped to 54°C. 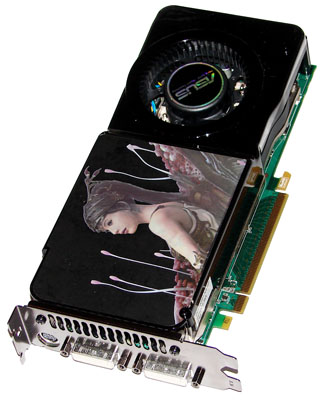 When we tested the MSI GT we found that the temperature of the casing was 73°C, so the single-slot design runs about 15°C hotter than the GTS and the hot air that it exhausts remains inside your case. Both cooling systems are very quiet and to all intents and purposes are silent.

Our sources tell us that, yes, the GTS does have 128 Stream Processors, which suggests a block of 16 has been disabled. Can they be re-activated? If so, that would certainly improve the GTS' value proposition.

Nvidia's new GeForce 8800 GTS delivers a very small level of extra performance over and above the 8800 GT yet it costs significantly more. On the plus side the double-slot cooler is very efficient and quiet.