LINQ itself is a large topic, surfaced in several ways within Visual Studio. There are a couple of ways to look at it. First, LINQ is exactly what its name suggests: query extensions built into .NET languages, reminiscent of dBase and FoxPro, except that LINQ is more flexible because it can target arbitrary data sources, such as an XML document, or any enumerable .NET object. Second, LINQ to SQL is what software architect Matt Warren describes in an illuminating blog post as “possibly Microsoft’s first ORM to actually ship in ten years of trying.”

Warren refers to ObjectSpaces, an object-relational mapper (ORM) for SQL Server that was absorbed into WinFS, then died when WinFS was abandoned.

In Visual Studio terms, LINQ to SQL transforms the way SQL Server database applications are written. Adding LINQ to SQL classes to a project enables the visual object-relational designer, where you can drag tables, queries or stored procedures. Building the solution generates classes to represent the data, and you then use LINQ to code against those classes. All going well, it relieves the developer of much of the plumbing code involved in typical database applications. 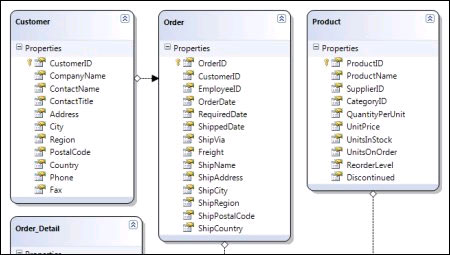 Finally - the ORM designer that died with WinFS

Lurking amidst all the .NET surroundings is a new Visual C++, now the sole Microsoft compiler that emits native code. This is not a big new release. The supplied libraries, including ATL and MFC, now properly support Vista, and there are improvements to managed code support.

Visual Studio 2008 now supports the Microsoft AJAX Library, including a useful UpdatePanel control that enables partial page rendering, for improving the appearance and performance of web applications. LINQ support is also added to ASP.NET. Best of all, the page designer in Visual Studio has been reworked, and now includes a split code and visual view, new CSS designers, and IntelliSense for JavaScript.

Improved Java support poured into Microsoft's Visual Studio Code – will it be enough to tempt developers?