So how did the A460 perform? Overall, very well, especially when you consider its low price. Outdoor shots in bright light were sharp, well-defined and had vivid colours. The only downside was a touch of picture noise here and there - see the first shot on the previous page - but the end results were pleasing. The 4x optical zoom also pulled in a lot more detail than you might expect. 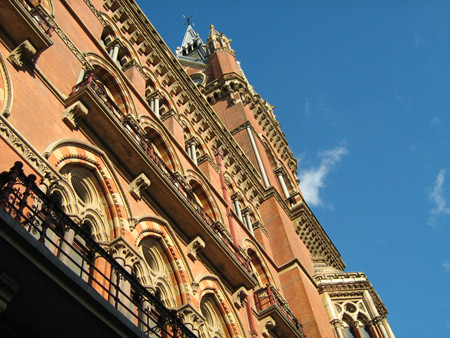 Things were not so great when it came to shooting in low light and the increase in picture noise was quite noticeable; for example, when we took shots inside the dimly-lit main hall of the Tate Modern gallery. It was the same outdoors and when we used the Night Snapshot mode, a twilight scene was magically transformed into a daylight scene, but at the expense of sharpness and detail. 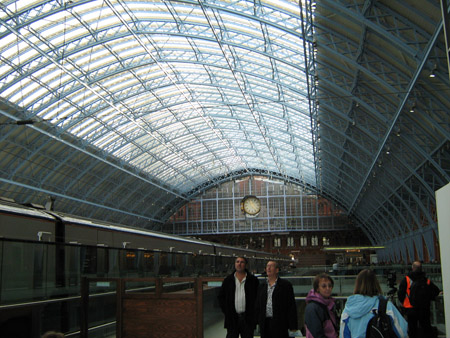 Shot taken with the shortest focal length of 5.4mm
Click for full-size version 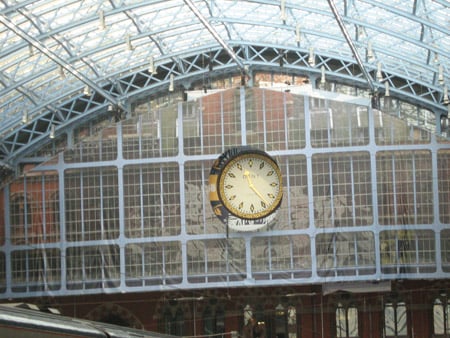 Same scene, but with the 4x optical zoom fully extended to 21.6mm
Click for full-size version

The 640 x 480 move mode worked better than we had hoped, with fairly smooth motion even if the recorded sound is nothing to write home about.

Canon says that two AA alkaline batteries should give you around 120 shots and we took more than 100 shots around London, plus recorded several short movie clips – and still had power left in our batteries.

When you consider that the Canon A460 offers features that would have been found on a camera costing several times more only a few years ago, it’s incredible to think how much technology has moved on. If you’re after value for money, then the A460 offers it in spades. We think that at this price point, you’re getting a decent camera with a solid set of features and a decent performance.

If you’re looking for the best in performance then you’re obviously going to have to pay a little more. But we think this camera will appeal to anyone who simply wants to test the water when it comes to digital photography, is on a tight budget or perhaps doesn’t want to risk losing or damaging an expensive camera when out and about. Quality does indeed cost, but the PowerShot A460 shows that budget doesn’t have to mean bad.