When computers and furniture collide

This Old Box The triumphant return of This Old Box! You begged and pleaded, and we listened.

Ok, ok… nobody said anything — but your indifference speaks volumes to our hearts! Apathy is the seed of enthusiasm. Or something.

In this installment of TOB, we’re taking another gander at one of the big boys of computing. And, oh my, it’s a doozie of a system. We’ll jump back to the affordable personal machines next week with something a bit more familiar to folks lacking a couple million dollars to throw around. [Paris Hilton angle fulfilled? — Ed]

The Cray-1 is to supercomputers what Sigmund Freud is to psychiatrists. That is to say: it’s likely the only one of the bunch that you’ve heard about, and you can feign cleverness just by dropping the name.

So let’s take a whack at this computer legend. 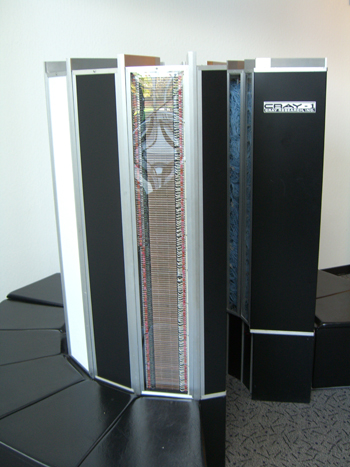 We last left off with computer design guru Seymour Cray developing the powerful 6600 for Control Data Corporation, which usurped IBM's leadership position in the supercomputer market.

Cray’s team at CDC would create several successors to the 6600’s design, but hit a brick wall while developing the 8600. In order to deliver more horsepower, the designers faced immense circuitry and wiring challenges. Small errors such as badly soldered joint would cripple early versions of the system, making the 8600 unfeasible. As a result of these issues, Cray felt a complete redesign was necessary for the 8600. (This was not the first time he went back to scratch on a project.)

But at the time CDC was facing a lawsuit against IBM, and money was tight. CDC’s chief executive officer William Norris told Cray the company couldn’t take the risk of beginning anew, and forced Cray to continue with the 8600’s existing design.

Not the words Cray wanted to hear.

He left CDC in 1972 to form his own company, Cray Research. Cray was able to find investors willing to gamble on his reputation as a HPC (high performance computing) designer and begin work on a new concept that would become the Cray-1.

(There’s a definite Narcissus complex in the naming scheme that we’re sure you’re picking up on. The author has “Cray” on CTRL-V to save time.) 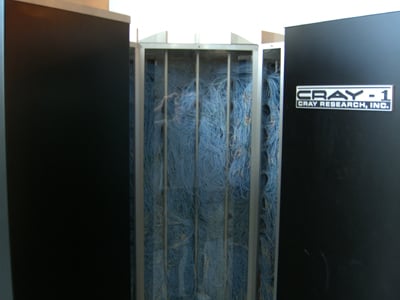 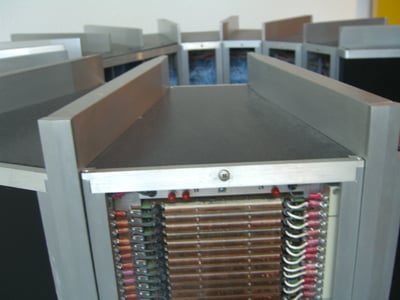 Ribbed for our pleasure

The Cray-1 was a 64-bit system running at 80MHz. The system performed at 160 MIPS (that’s 80MHz×2 instructions). Addressing was 24-bit with a maximum of 1 megaword (8MB) of main memory. It’s composed of 24 chassis with 16 dedicated to memory. It weighed approximately 5.5 tons and ran on 115 kilowatts. Storage and cooling bumped the power to an immense 250 kW while running.

The Cray-1 is composed of two 5-layer 6"×8" circuit boards per module. Between the two boards is a copper plate that conducts heat from the boards to the freon refrigeration system below. More on that very soon.

That distinctive C-shape boosted performance by enabling integrated circuits to be closer together, while making the design iconic to the HPC industry. And perhaps it helped remind computer engineers that their Cray Research brand Cray-1 computer was made by Cray. (It’s also harder to cut yourself on any edges — just throwing these out there.)

As with all Cray computers, the system was available in any color the customer chose. The supercomputer even maintained its mojo when customers attempted to disfigure it with the decade's ever-popular puke-themed oranges and greens. 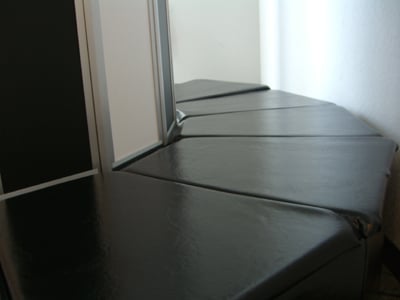 You. Me. The supercomputer. Midnight.

Functionally, the seat covered the freon cooling systems below. The system was cooled by the exchange of heat from the copper plates to steel cold bars arranged in vertical columns. 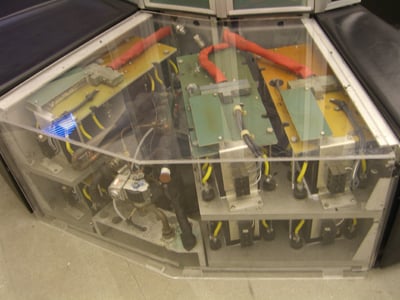 The seat was sometimes used for naps by sleepy installers. But this begs the nine million dollar question: has anyone ever got lucky on top of this supercomputer? Dear readers, we beg you to confess. One of you may well have been the recipient of the coolest event since dinosaurs. 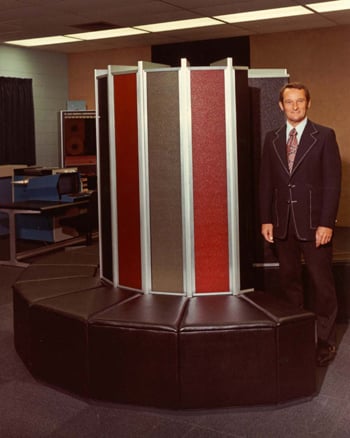 Cray and his computer, image courtesy the University of Minnesota, Minneapolis

Less amorous memories are welcome too. ®