CES If you hate your personal space being invaded by the excessive noise of someone’s MP3 player, then look away now. Creative has updated its Zen Stone MP3 players by building in a speaker.

The manufacturer now calls its Zen Stone and Zen Stone Plus models “micro boom boxes”. Creative’s CEO, Sim Wong Hoo, claimed the inclusion of a speaker will help to “free people from having to wear headphones”, but mentioned nothing about kids that annoyingly play their music loudly on public transport. 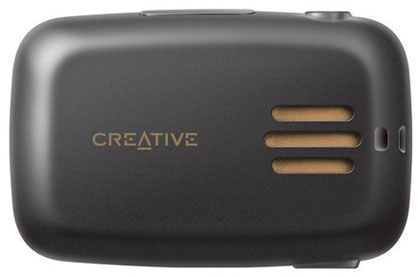 The Zen Stone is available in 1GB and 2GB capacities, while the Plus offers a choice of 2GB or 4GB of storage and has the added bonus of a circular display. Each model supports MP3 and WMA tracks, although the Plus model also handles unprotected AAC files. Creative claimed both provide around 20 hours of playback from their inbuilt rechargeable batteries.

Did you even sweat, tho? Plaintiffs told to amend claims in Apple headphones suit

But case will go ahead as judge rejects bid for dismissal