Dubbed the CloudBook CE1200V, the compact laptop will be instantly familiar to anyone who's seen Packard Bell's EasyNote XS20 or Belinea's s.book. All three are based on a referenced design developed by chip maker VIA to promote its low-power C7-M processor. 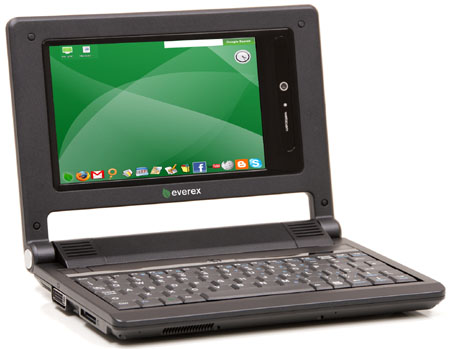 Like the Eee, the CloudBook runs a Linux-based operating system, this one called gOS, in its version 2.0 'Rocket' release.

The CloudBook is due to go on sale in the US on 25 January for $399 – the same price most retailers are asking for the Eee PC with just 4GB of storage. With the CloudBook's faster processor and bigger storage capacity, that's going to put pressure on Asus to up its specification. The CloudBook will be sold by Walmart.com.

This week, Asus said it plans to increase the Eee's screen size - hopefully, it'll increase the processor, memory and storage capacity too.

There's no word yet on gPC mini availability.