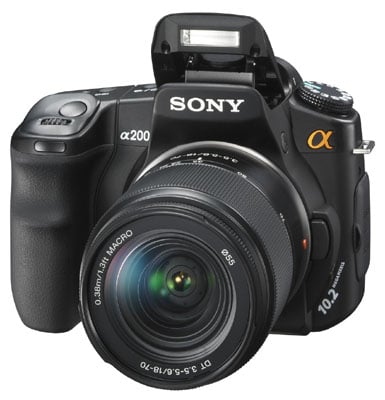 At first sight, the a200 doesn’t represent a massive improvement over the a100, which launched back in 2006. The a200 has the same 10.2-megapixel sensor, BIONZ image processor to help reduce picture noise, and a battery that should last for about 750 shots, though that calculation doesn't take into account flash use.

However, the a200 ups the LCD display from 2.5in to 2.7in and adds in a feature called Camera Function Display. This, Sony claimed, removes the clutter of numerous icons from the display to give users faster access to the camera’s adjustments settings. Although this sounds remarkably similar to the Quick Navi interface found on the more expensive a700 model.

Blurred pictures shouldn’t be a problem though, because Sony’s increased the 2.0 to 3.5 step Super SteadyShot effectiveness found on the a100 to 2.5 to 3.5 steps for the a200. 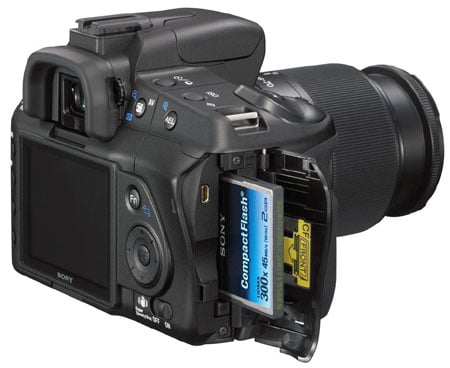 The new version has a bigger display

The a200 is suited to CompactFlash cards and has a USB 2.0 port built-in. But sadly it lacks the HDMI jack that now features on its 12.2-megapixel a700 cousin.