Taking on the world, one annoying product at a time

The three brothers who coined millions from the Crazy Frog phenomenon have followed Microsoft in taking a stake in Facebook. 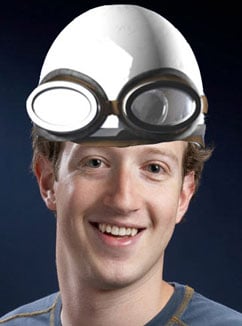 The German Samwer boys sold their ringtones firm Jamba to Verisign in 2004. It went for $273m on the back of irritating buuh-bud-uh-bu-buuh noises, but Verisign quickly suffered buyers' regret as even idiots got bored and Jamba mined a hole in its earnings.

The brothers have since become start-up investors with their own venture capital fund and were early backers of StudiVZ ("Student Directory"), a German Facebook clone.

The undisclosed personal stake they've taken in Facebook is aimed at helping it crack the German market, where it has yet to make a significant impact against local social networking rivals. The Wall Street Journal reckons they coughed between $10m and $15m.

If the Samwers were stung as badly as Microsoft, which got 1.6 per cent for $240m, they will have bagged a mere 0.1 per cent of Facebook. It seems pretty unlikely that anyone else would be that gullible though. ®

If you've got no OS of your own, you've got little chance to compete, Firefox maker sighs
Applications23 Sep 2022 | 67

Updated A day in the G is like a day on the farm. Every meal a banquet. Every code checkout a parade. I love the G
Bootnotes23 Sep 2022 | 27