HSDPA - and HSUPA - for the masses?

Review It's shiny, white and looks like a bar of soap. But hook it up to your computer and you can surf the internet at speeds of up to 7.2Mb/s - in theory, at least. Yes, it's Vodafone's latest wireless modem, the Mobile Broadband USB Modem 7.2.

It's cutely curvaceous, rounded at the corners, while the top and bottom panels arch gently from the middle of the device down to the edges. Even the two bulges - one on the left side, the other on the right - lack harsh angles, curving out to form flat areas for the mini USB port and the SIM slot, respectively. 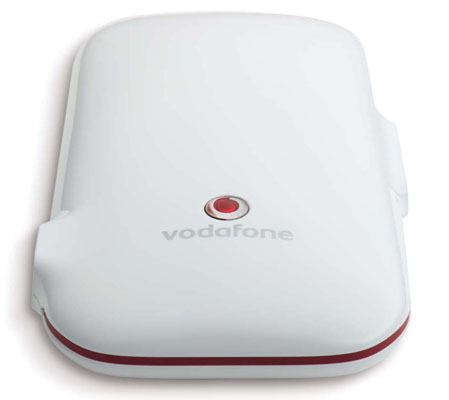 Around the middle is a red band that glows when the unit is connected to a spare USB port on your computer. There a three cables in the box: a short USB-to-mini-USB lead, an even shorter USB-to-mini-USB adaptor plug, and a much longer cable that has a mini USB port at one end and two regular USB connectors at the other, handy for folk plugging the unit into USB 1.1 ports or an unpowered USB hub.

Next to the SIM slot is a coloured LED to indicate connection status - it glows light blue if you have an HSDPA connection. And that's pretty much all there is to the hardware, which is made by Huawei, the company behind most of Vodafone's modem products to date.

The USB Modem 7.2 comes with both Mac and Windows software. The latter's installed on the unit itself, appearing as a read-only disk the first time your connect the device and remaining hidden after you install the software.

Mac owners will have to install their software off the bundled CD. It really doesn't do much more than launch Mac OS X 10.4's Internet Connect utility and set it up with the appropriate log-in information. Leopard has no Internet Connect app, but since Mac OS X 10.5 doesn't run with sufficient stability on our MacBook Pro, we couldn't try Vodafone's software with Apple's latest operating system. For 10.4 users, the software works just fine.

Bar of soap - or HSDPA gagdet?

Connected, we downloaded a 7MB file from our web server to gauge performance. We downloaded it six times, downloading the next copy after the previous one was completed. The file took, on average, 91.75s to download: an mean data transfer rate of 620.53Kb/s - a far cry from the 7.2Mb/s the modem is capable of. Peak speeds, however, hit upwards of 1.86Mb/s.

Even Vodafone admits you'll only get "typical" speeds of 1.7-5.5Mb/s, so we were just inside that range.