One of the consequences of ubiquitous computing is that there's simply so much more stuff to do things with, and for the first time in a decade I've found myself wishing for greater local CPU horsepower and bus bandwidth. I'm no musician or film maker, but a mere civilian who finds processing digital media cumbersome and slow. There's a limit to what we can do with the service bureau model of computing, even at its most optimal, because there's so much we want to do that's better performed locally - even it makes less sense to do so economically.

Carr is right when he points out that twenty-somethings view web services such as Gmail, Flickr and Facebook as utterly natural; and Salesforce is a great success story of a bureau service being adopted in the workplace. But this low-hanging fruit may be all the harvest basket ever sees. It makes lots of sense to put computing in the cloud, just as it makes lots of sense to put people into mass transit - yet the demand for cars simply continues to rise - they offer real value. So while Carr writes that "the Switch" will take many years, the book is short on suggestions on what the cloud will absorb next, and the sweeping historical metaphor is left to do the donkey work.

More recently, it's also become apparent that this, the "2.0" version of the cloud has severe limitations: and here we're back to those presentation layer people trying to do system level tasks, again.

The website Uncov gives regular updates on the sheer ineptness of this, the Web 2.0/AJAX version of client/server computing - and it's hard not to conclude that we're many years away from solving some of the basic technical problems.

"A 1GHz Athlon can barely handle text editing in this new Web 2.0 thingy," asks Ted Dziuba in this piece. "Maybe I need a faster computer?" 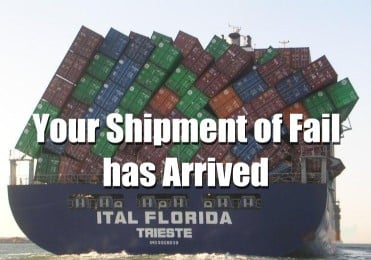 We have no shortage of web-based office suites today, but the gap between reality and aspiration is huge, and it needs some explaining. When asked about the progress of his artificial intelligence (AI) work, MIT's Marvin Minsky used to suggest that only a few tweaks - a nut tightened here, or there - were required before success could be declared. Web 2.0 is in a similar pitiful state, and needs a bit more than new tools or languages - a cultural change is required in the class of people who tend to the stoves. (My suggestion would be to shoot the web jockeys, and employ some people with physics or computer science backgrounds.)

Again, this isn't addressed - and the author must fall back on the Big Switch metaphor again.

In fact, Google's huge datacenter build out may have more to do with creating and controlling the middle tier, becoming an uber-Akamai (it's cannily thrown its weight behind the "Net Neutrality" campaign, which seeks to hamper its telcoms rivals from doing the same thing), rather than software as a service.

Then there are the things we naturally recoil from - security and privacy fears raised by ubiquitous data sharing. Carr describes these very ably in Part Two - for example, noting the widespread revulsion at AOL's search data being distributed as research material. But because he sees the cloud as the future, this leads him to fatalistic conclusions that (fortunately) aren't always the most logical or likely outcome. If there was a Society for the Prevention of Cruelty to Metaphors, it might have intervened with a petition.

Fortunately that's only a third of the book, and after hearing from Nick the Futurist (Nick1), Nick the Journalist (Nick 2) picks up the baton.

Next page: Evangelists and the net deity
Page: