Pharos, an upcoming GPS-enabled HTC smartphone, has made an unscheduled early appearance on the web. The handset is also known as the P3470. 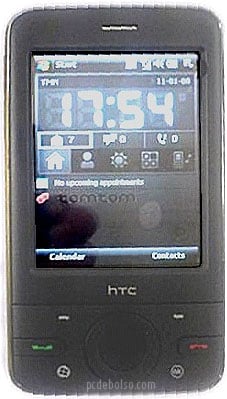 The pic comes courtesy of Portuguese-language website PCDelbolso.com, which maintains the Pharos has 3G connectivity, Wi-Fi, and Bluetooth 2.0.

If the site hadn't mentioned GPS integration, it would have been obvious anyway: the picture clearly shows TomTom's name.

What's not known is when the Pharos will go on sale over here. Or whether it'll include appropriate graphics acceleration drivers.