In OverDrive's Novice mode, the tuning is controlled by a slider that has ten positions. We worked through the options and were surprised to see how little the clocks increased at each step. For instance, level 3 raises the PCI Express (PCIe) bus from 104MHz to 108MHz, while level 4 bumps up HyperTransport from 200MHz to 202MHz. 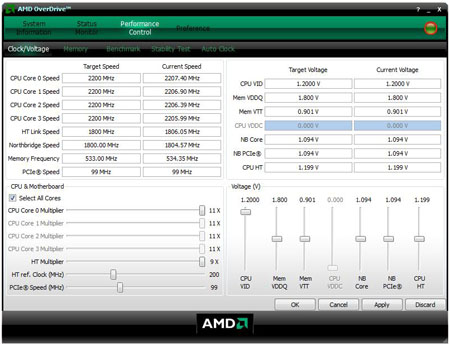 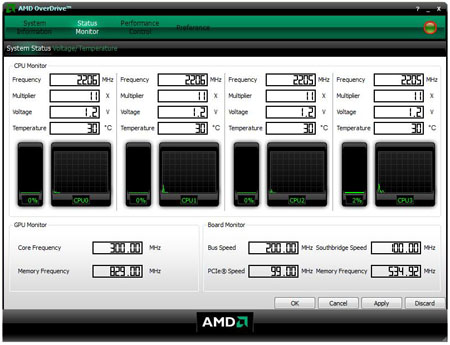 Naturally. we also tried the OverDrive in Advanced Mode but we found that overclocking the Phenom 9500 was very hit and miss. If you can persuade a Phenom to run above 2.6GHz you’ll have done very well indeed and it very much feels as though AMD has launched these new processors at clock speeds which sound rather low but which are close to the limits of stable performance.

AMD has clearly priced the Phenom at the same level as the Q6600 and in that respect it misses the mark as the Intel option delivers better performance at standard clock speeds and will overclock like a dream.

To add to AMD’s woes, Intel is already making the transition to the 45nm 'Penryn', which will raise clock speeds way out of reach of Phenom. At the other end of the scale, Intel can use its ‘faulty’ architecture to dish up dual-core processors which will keep costs down while the best that AMD can do is to disable one core and release the result as a tri-core Phenom 8000.

AMD's Phenom squares up for a fight with the Intel Core 2 Quad, but comes out with the bruises...
Price: £155 RRP
More Info: AMD's Phenom page
Page:
Tips and corrections
12 Comments