Blink and you'll miss it 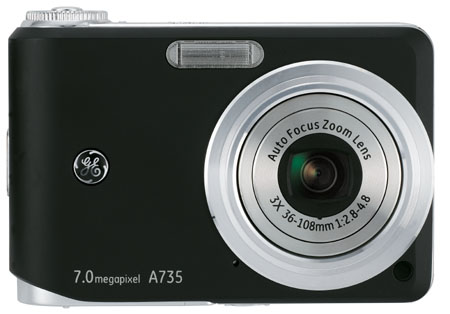 According to GE, the cameras notice when a subject blinks in response to a flash or does so anyway. The camera then triggers an on-screen warning to tell you what's happened so that you can take a second, hopefully open-eyed picture. The feature's available on all seven cameras across the A, E and G series, which covers a broad spectrum of users, from those looking for a cheap camera, such as the A series, to something more sophisticated, like the E series. 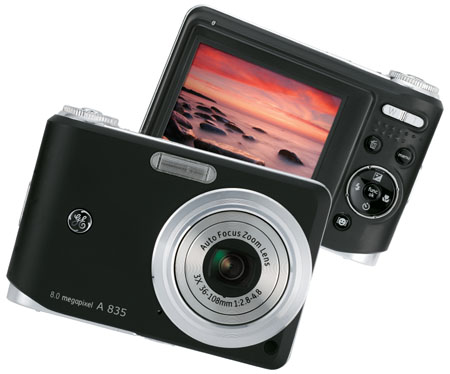 GE, which is already active in the digicam space Stateside, has also included a smile detection function to help you focus in on smiling faces. Sony demoed a similar feature in its Cyber-shot T200 and T70 cameras, which were released back in August.

In terms of price, the A series sits at the bottom of the class and comprises the seven-megapixel A735 and eight-megapixel A835. Each has a 2.5in LCD display, a maximum ISO sensitivity of 1600 and a 3x optical zoom. Both are powered by AA batteries, which GE claimed is a response to user demands at the lower-end of the market. 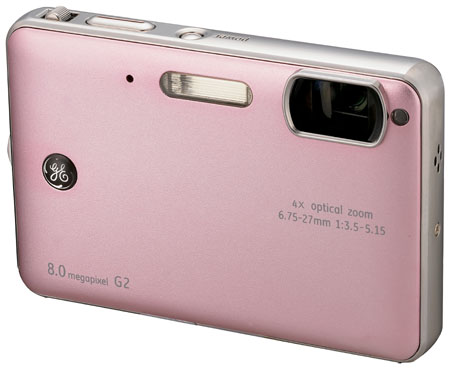 The G2 sits alone in its series

The G series has just the one model, the G2. This eight-megapixel snapper has a 2.7in LCD display and 4x optical zoom, which combine to put it a cat’s whisker above the A series’ two contenders. It has the same ISO 1600 sensitivity level, but is powered by a lithium-ion battery pack.

At this level, the features and capabilities to each model jump around illogically. For example, while the E1050 may not have highest number of megapixels, but it has the largest LCD display, at 3in. Whereas the other three models in the E series all have 2.7in screens. 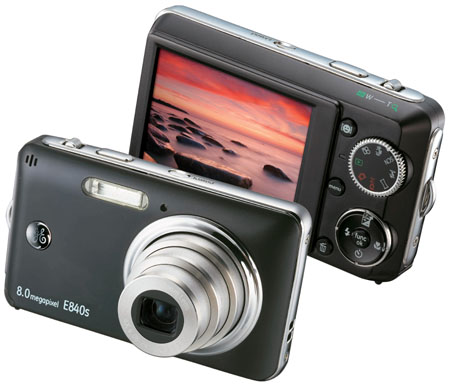 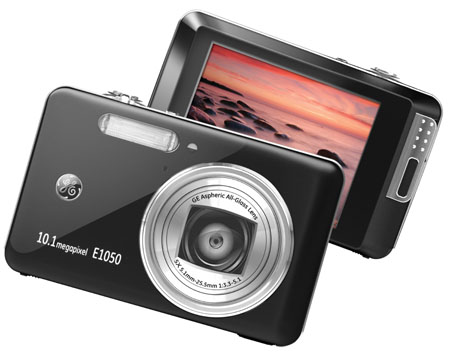 The E1050 features an HDMI port

An HDMI port is the E1050’s star feature, meaning you’ll be able to hook the camera directly into your HD TV to view your snaps, without the need for a docking cradle.

Unfortunately, GE isn’t ready to announce all the cameras’ availability dates and pricing details yet. However, a company spokesman did whisper in Register Hardware’s ear that the G2, E1035, E1235 and E840S will be released within the next few weeks.

In brief Plus: Latest hardware results from MLPerf and why so-called text deepfakes are dangerous