The UK's Science and Technology Facilities Council (STFC) has decided to plug a gap in its finances by withdrawing from the Gemini telescope programme, the BBC reports. 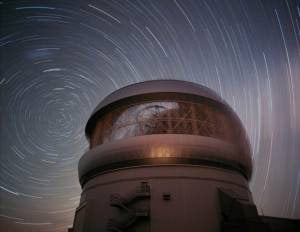 The shock move, which will leave British astronomers unable to view the Northern Hemisphere sky with Gemini's 8.1m telescopes in Hawaii and the Chilean Andes (see pic), comes as the programme is reaching its full potential after 15 years' development into which the UK has pumped £70m in construction and running costs.

The STFC had already warned that it would have to "close certain programmes and cut research grants" faced with a shortfall of £80m in its budget to 2011, and on Friday confirmed that as of 1 February, all observation programmes on Gemini are cancelled.

The STFC previously asked its Gemini partners - Argentina, Australia, Brazil, Canada, Chile and the US, if it could offload Britain's 23.8 per cent share in the project by terminating access to Gemini South by 2009 while retaining access to the Frederick C Gillett (Gemini North in Hawaii) facility until the current contract's expiry in 2012.

However, the Gemini consortium last Friday declared: "The Gemini Board determined during a special session on January 24, 2008 that a recently submitted proposal from the UK’s Science & Technology Facilities Council (STFC) for reduced ongoing participation in the Gemini partnership is not in the best interest of the observatory. As a result, the board concluded that the UK has withdrawn from the Gemini partnership."

The STFC responded: "On 25 January 2008 we received notification that the Gemini Board had rejected our offer and that they considered the UK to have issued notice to withdraw. While we have not yet issued formal notice to withdraw, the scientific prioritisation process in the Programmatic Review has placed access to Gemini South and Gemini North a lower priority and in the current funding climate we will not be able to continue to fund our membership of the Gemini partnership. We will therefore be taking steps to issue formal notice to withdraw."

While the STFC notes that it will be required to pay a £7m "penalty" for cancelling its subs - equivalent to two years' payments - it claims this "should be seen in the context of potential payments of £24m between now and the end of the Agreement in 2012, this being the cost of our annual subscriptions and our contribution to the ‘Aspen’ instrumentation programme".*

This financial jiggery-pokery doesn't much impress some astronomers. Professor Paul Crowther of Sheffield University told the Beeb: "We've effectively wasted £70m. These facilities had reached their prime, but somebody else is now going to get to use them."

Crowther suggested that the STFC could have saved cash by continuing its subscriptions and renting out some of its allocated time to another country's astronomers, in the process avoiding the penalty fee.

Cash aside, the STFC's decision will doubtless hit UK astronomy hard. British stargazers are described as "aghast" at the blackout, which will deprive them of viewing the northern skies with what are considered the world's best ground-based 'scopes.

Professor Crowther asserted: "To withdraw from the state-of-the-art Gemini facilities leaves the UK ground-based astronomy strategy in disarray - some would say deliberately sabotaged.

"This will badly affect the UK astronomical community's ability to address questions such as how galaxies form, or look for planets around other stars, or be able to adequately exploit space observatories such as the Hubble Space Telescope," explained the current chair of the UK telescope allocation committee for Gemini.

"The loss of Gemini North is particularly acute, since the majority of the UK past investment has been focused upon the Northern Hemisphere."

The UK will continue to peruse the Southern Hemisphere, mostly through the its membership of the European Southern Observatory organisation which has four 8.2m telescopes at Paranal in Chile.

It's curtains for Britain's membership of Gemini, however. The STFC statement concludes: "While we sincerely regret the need to withdraw from Gemini, the current circumstances leave us no choice. This is particularly relevant in the context of preserving the highest priority programmes and providing headroom to pursue the next generation of scientific opportunities, for example the Extremely Large Telescope." ®