Photographers have never had so much choice

Sony has taken the wraps off a trio of new snappers, two DSLRs extend Sony's Alpha range: the 10.2 megapixel 300 and the 14.2 megapixel 350, plus the Cyber-shot DSC-H10 - an 8-megapixel high-zoom compact.

Both sport a 2.7in tilting LCD screen; anti-shake technology; nine-point autofocus; internal anti-dust mechanism; spot, centre-weighted and 40-segment metering; ISO 100-3200 sensitivity; and a fast live autofocus mechanism for shooting with the LCD as a viewfinder. 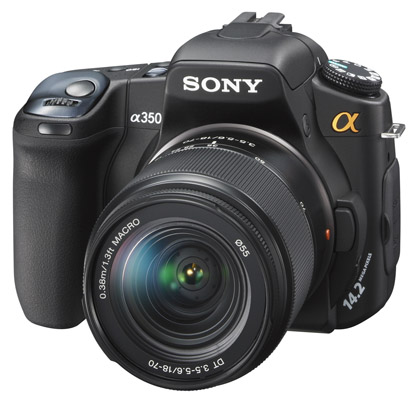 Both SLRs have a slot for CompactFlash Type I/II media cards, but an adaptor for Memory Stick Duo cards is available separately. 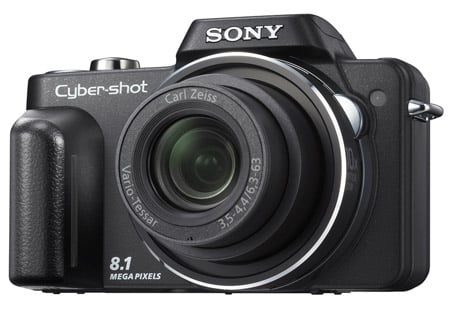 The other device from Sony making its debut today is the high-zoom Cyber-shot DSC-H10. Designed to replace the current DSC-H3 model, the 8 megapixel H10 camera also sports a wider, 3in LCD screen than its predecessor.

Featuring a Carl Zeiss 10x optical zoom lens and a long-range flash, its face-detection technology can identify and focus on up to eight faces in a frame, Sony claimed.

No UK pricing or availability details were announced, but it's going to ship in the States for around $300. It's expected to arrive in the UK the Spring.